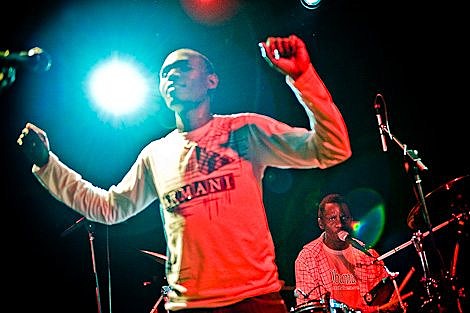 New Africa Live presented a concert at Le Poisson Rouge in NYC on Saturday (4/11). The show featured a short film by Nikyatu Jusu, a solo acoustic set from Meta Dia and a full set from Thrill Jockey artists Extra Golden (who are on tour).

Unfortunately I missed the film, but the opening set from Senegal to Brooklyn transplant Meta provided a warm introduction to the evening. Normally seen with his full band, the Cornerstones, Meta played solo accompanying himself on a slightly mistuned guitar. He operated in a stripped down musical space easily comparable to Marley's "Redemption Song" : roots reggae delivered with a rich and engaging voice.

Speaking of energy, there was initially some disconnect between the band and audience - LPR was set up in goth-cabaret mode with tables, chairs and food runners a-running. Extra Golden was rocking off-the hook and Onyago Jagwari, with a longing to connect, encouraged a mini seating rebellion several times which was finally successful for the last 2 songs. 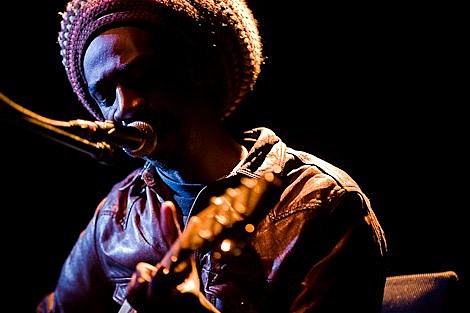 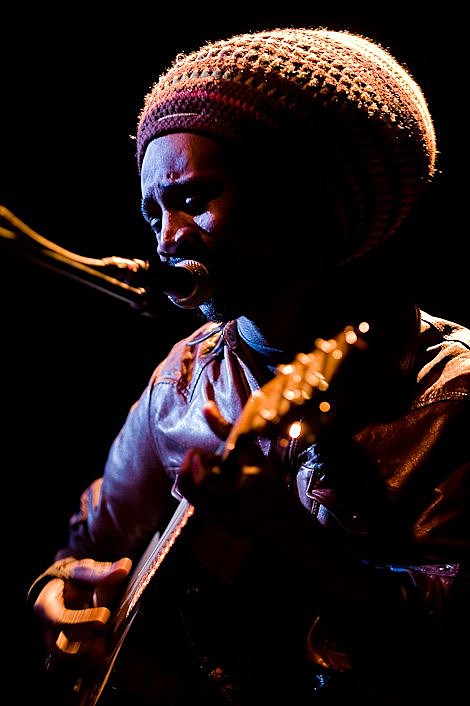 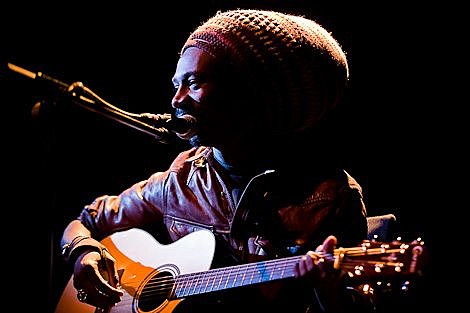 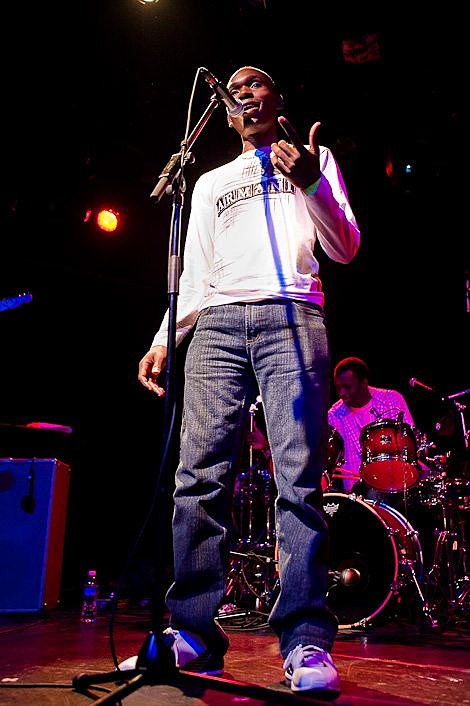 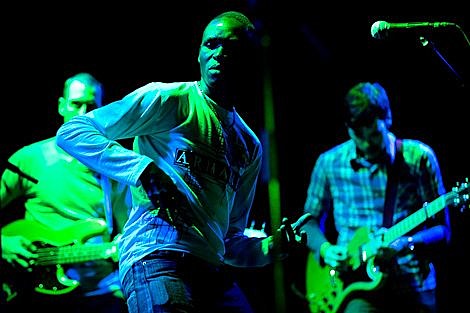 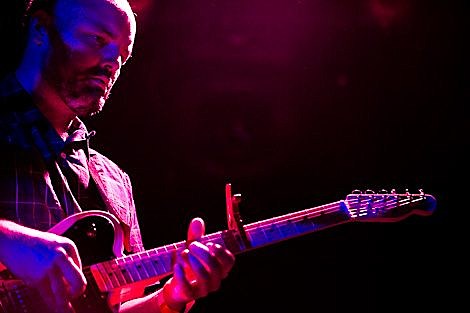 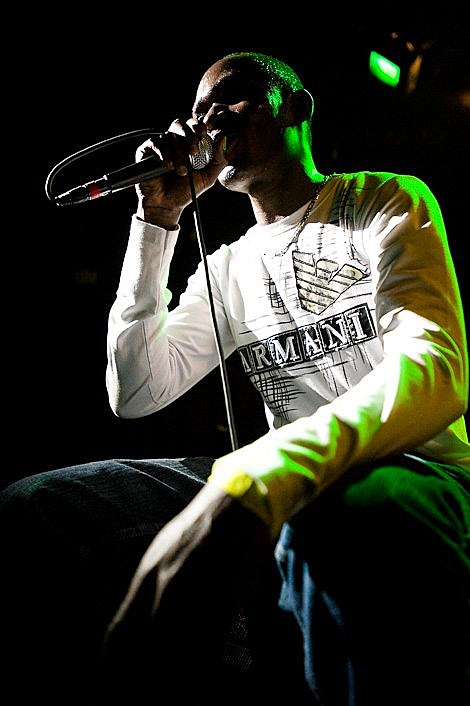 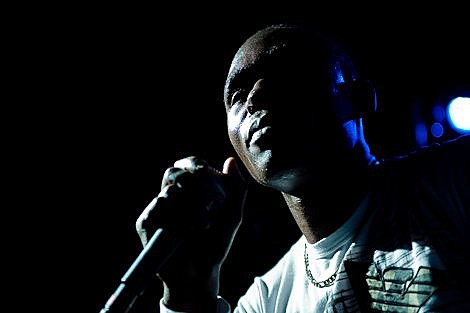 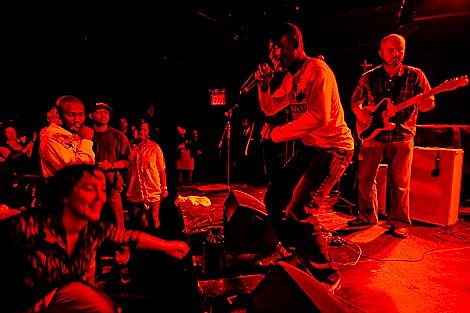 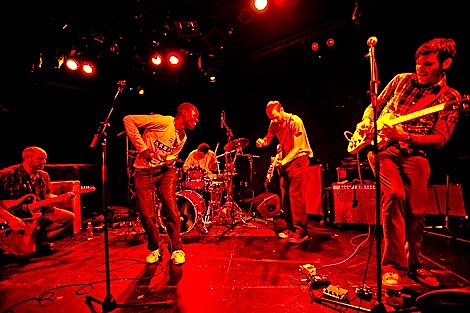 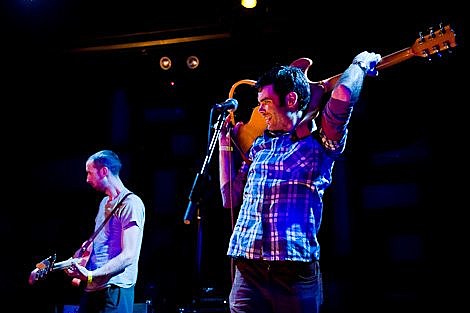 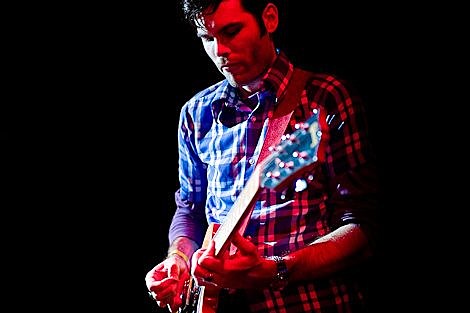 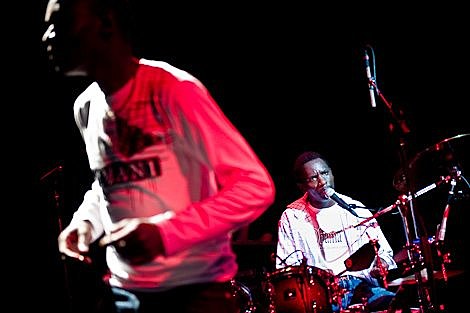 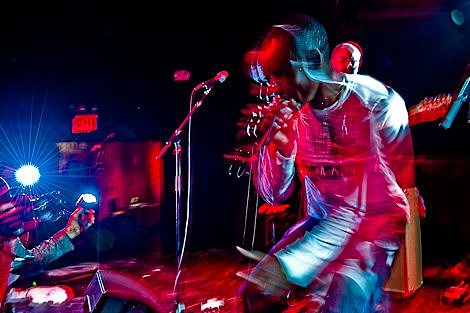 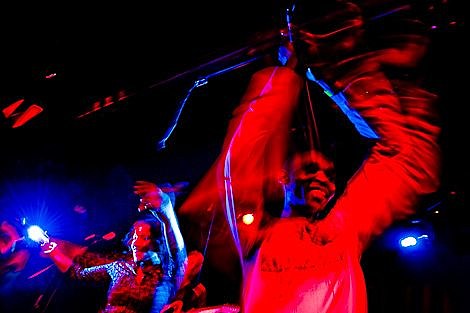 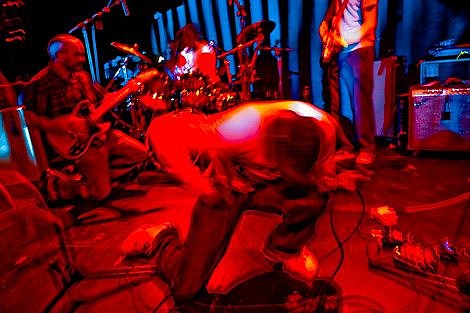