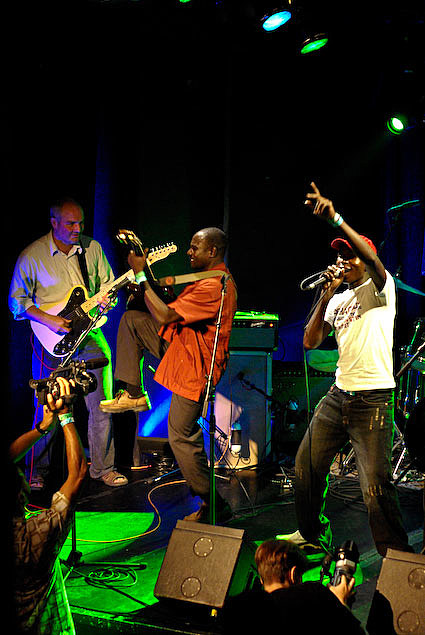 Live, the fusionish nature of the music become apparent very quickly. The benga influence is indeed obvious, with the group's three guitarists playing catchy melodies in syncopated, danceable rhythms. But the rock came through aggressively as well, with fuzzed-out guitar solos (and even a heavy dose of wah-wah in the latter half of "Obama") making numerous appearances. Maybe this just betrays my cultural bias, but these moments when the rock influences were clearest, such as strident distorted guitar lines dissolving elegantly back into staccato benga melodies, were easily my favorite parts of the show. [Washington City Paper]

The NYC show at Knitting Factory was this past Tuesday (July 29, 2008) and Extra Golden will be back in NYC to play the free African Guitar Festival in Prospect Park on Sunday with Daby Toure (an alternative to the Deerhunter / Black Lips / King Khan extravaganza going down the same day in McCarren Pool)....

More pics from Knitting Factory below... 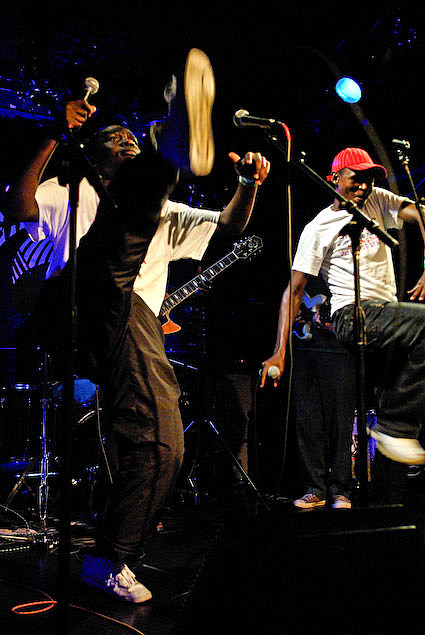 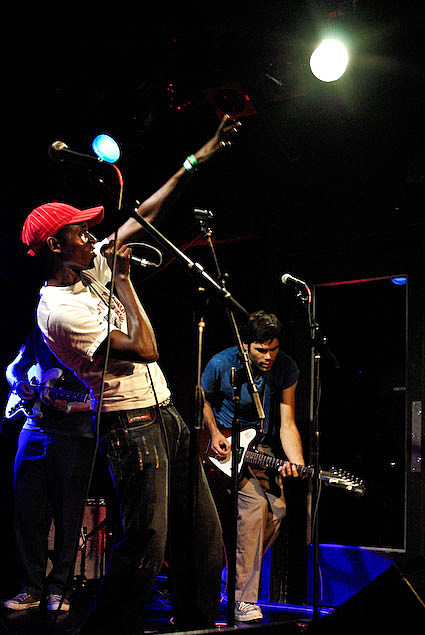 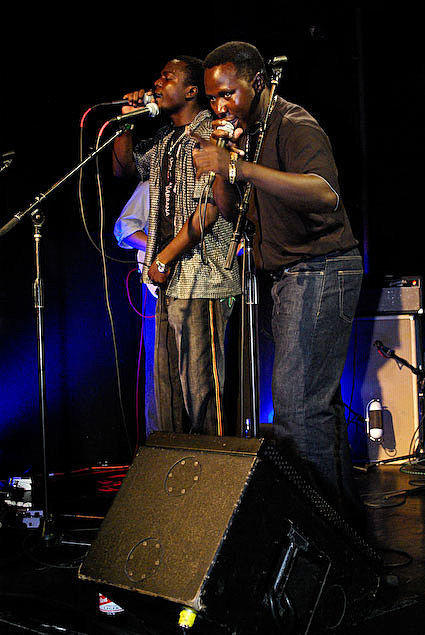 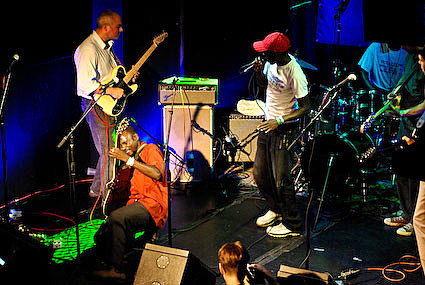 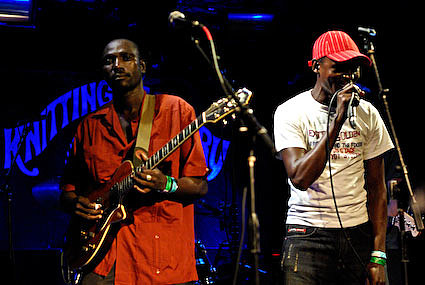 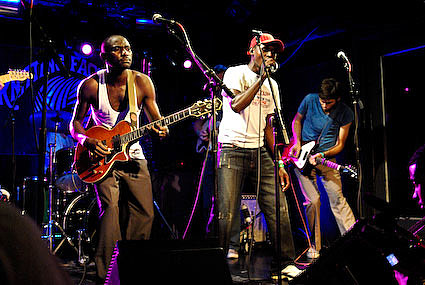 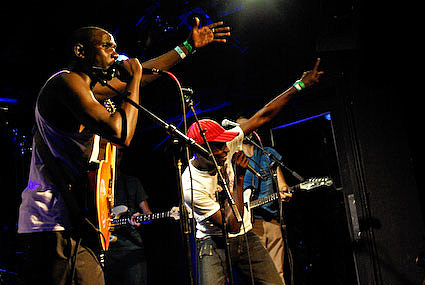 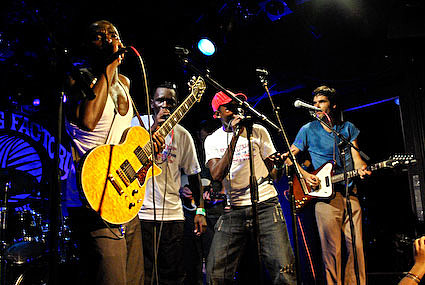 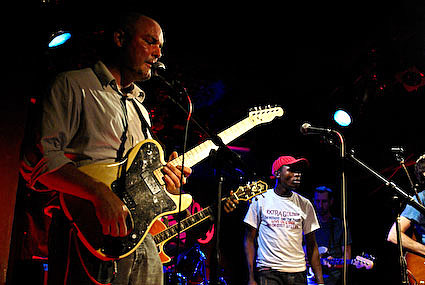 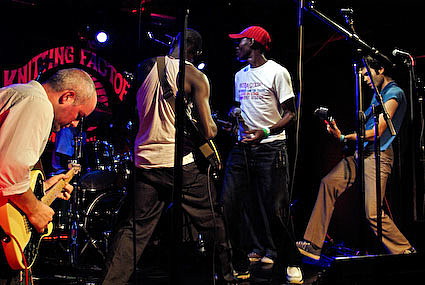 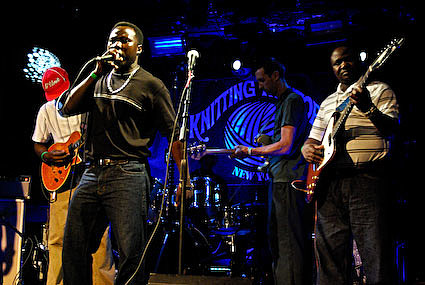 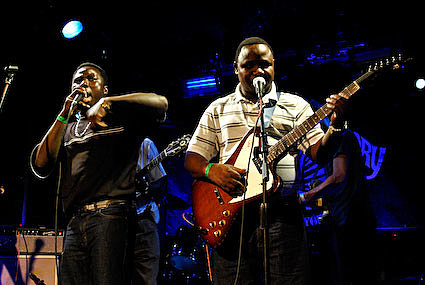 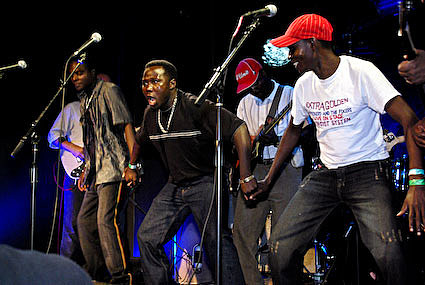 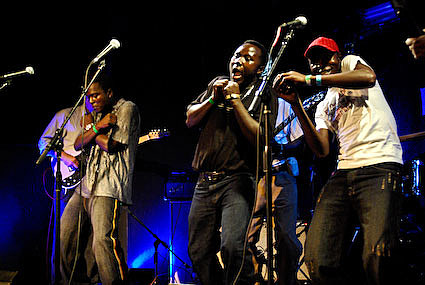 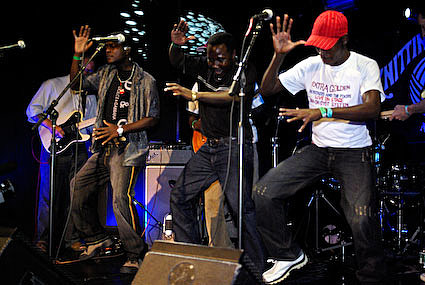 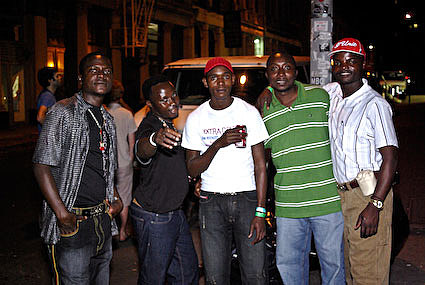 Extra Golden are also back later in August too.