Extra Life at Webster Hall in 2010 (more by Sarahana) 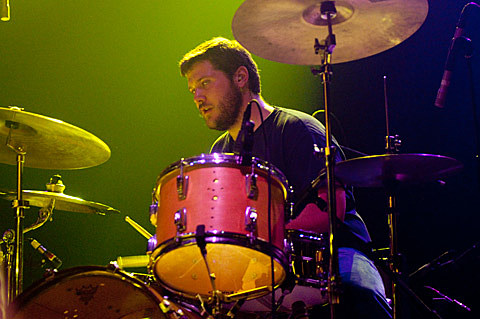 Experimental Brooklyn trio Extra Life have decided to call it quits after four years of releasing music. They last released Dream Seeds in 2012, their first (and only) record for Northern Spy. But before the band is gone for good, they'll be playing a farewell show in Brooklyn on Sautrday (1/19) at 285 Kent with Tyondai Braxton & Ben Vida, Oneirogen, Sam Mickens, and a DJ set by NMCM (Krallice). For the show, Extra Life will "be joined onstage by former Extra Life members for a few classic EL songs which [they] haven't played in years." Admission is $12 at the door.

Extra Life have also written a farewell letter, and in it they promise new projects from all three members. Nick Podgurski is working with his band Feast of the Epiphany and they just released a 7" this week which you can stream below. Caley Monahon-Ward is working with his band We Can't Enjoy Ourselves who released the album, Make A Mess of Sacred Ground, in December, which you can stream below. They also have a few upcoming NYC shows on February 8 at Knitting Factory with Holopaw and Love As Laughter (tickets), and Union Hall on March 13 with The Better Letters and The Eggs (tickets). And finally, Charlie Looker is working with his band Seaven Teares, who will release their debut album, Power Ballads, on March 19 via Northern Spy. You can stream a track from that album, "Meet Me," below.

Those song streams and Extra Life's full farewell letter below...

Feast of the Epiphany - Radiance of Mania 7"

We Can't Enjoy Ourselves - Make A Mess of Sacred Ground 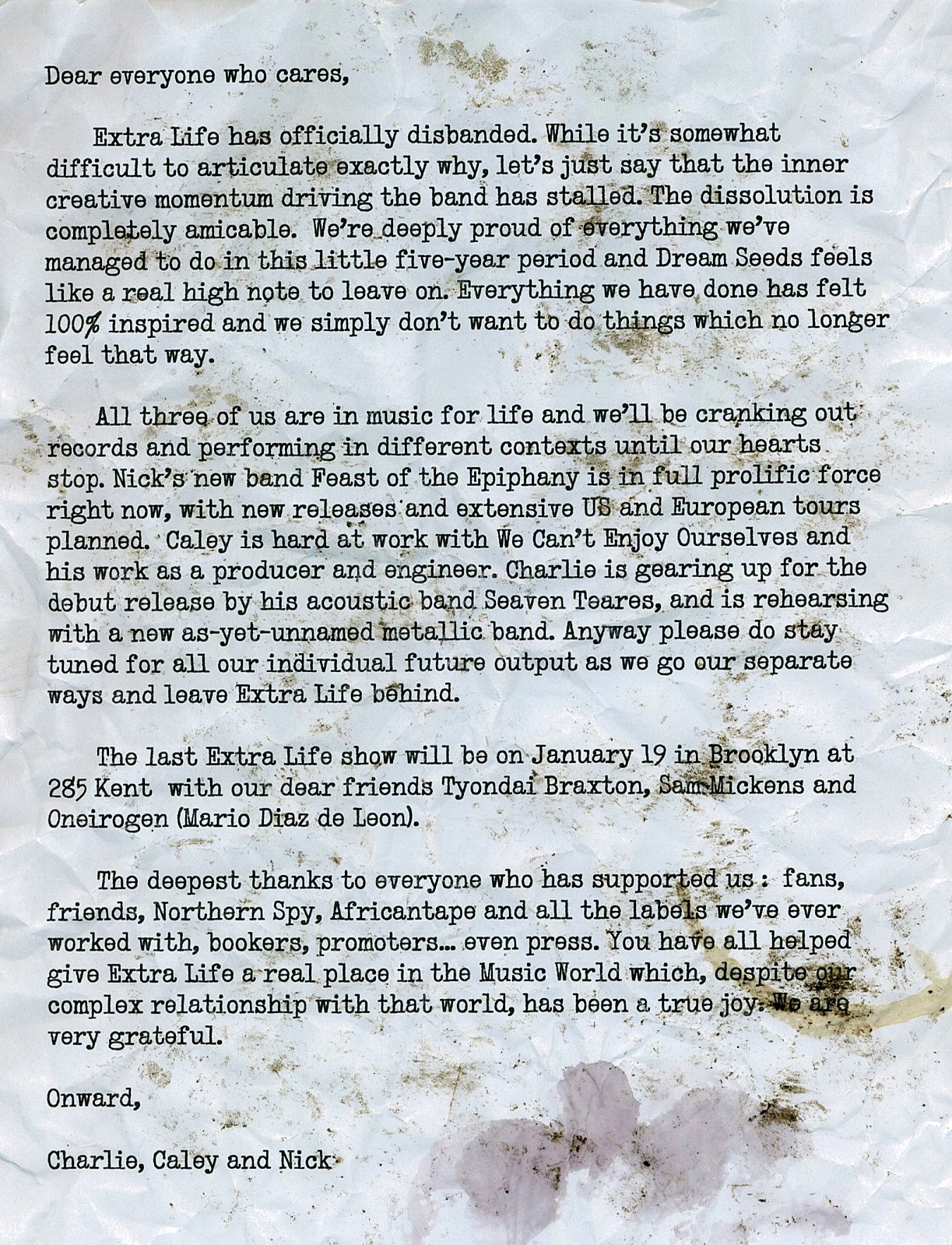