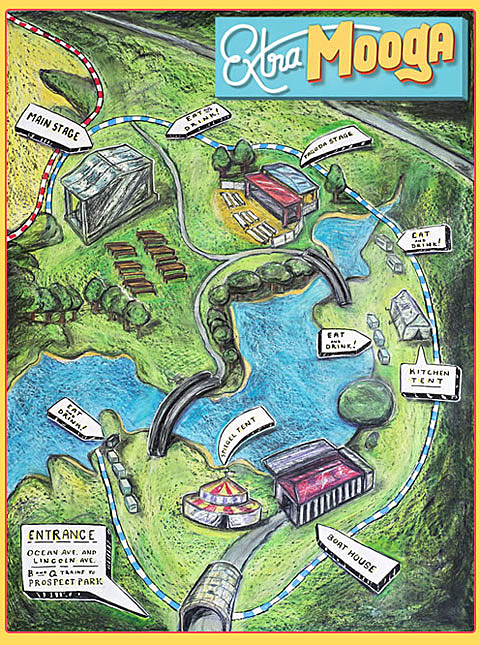 We still have a few more days before we find out the entire music lineup of the Great GoogaMooga, but the new Prospect Park festival announced the May 19th & 20th schedule, and almost-full lineup, of "ExtraMooga", the part of the fest that requires you to pay extra money. Taking place in multiple park venues that you can see illustrated in the above map, in addition to chefs and the previously announced James Murphy & Aziz Ansari, the lineup now also includes WTF with Marc Maron, Hot Tub with Kurt & Kristen, and Patton Oswalt too. You can view the whole thing HERE.