Eyehategod at The Acheron, November 2013 (more by Caroline Harrison) 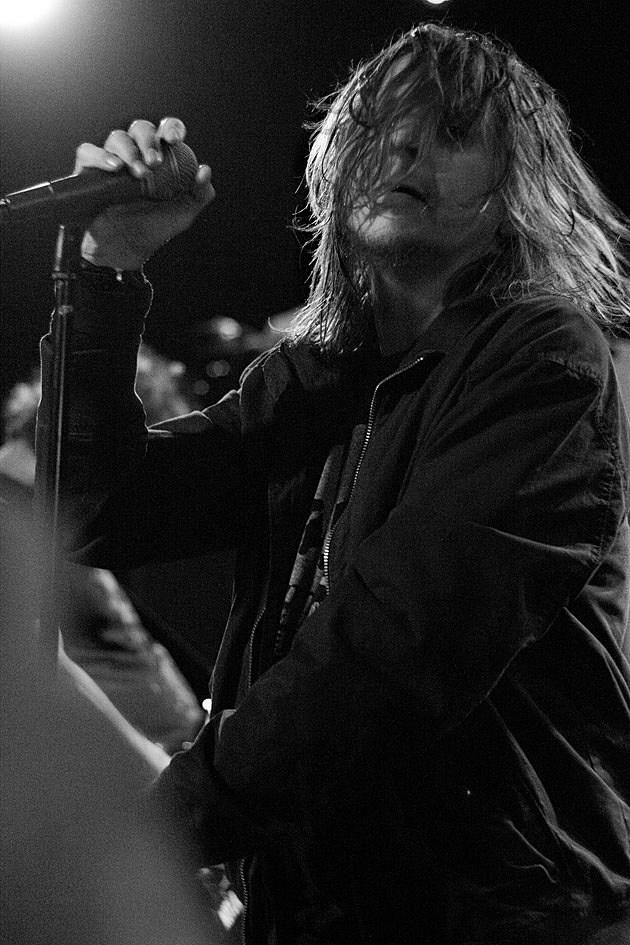 Just a couple of weeks ago, we learned that Eyehategod had finished recording their first album in 14-years and the first since the passing of founding drummer Joey LaCaze. We now know that the self-titled LP will be due out on May 27, and the band have unloaded its first single, "Agitation! Propaganda!" The song, a warped, punchy, bluesy, pissed off monster, features Joey LaCaze's drum tracks, which made it onto the final mastering of the album. Take a listen to it at the bottom of this post.

To celebrate the release, Eyehategod will be playing a loaded one-off show at The Ottobar in Baltimore on April 27 with High on Fire (who are announcing a tour), Corrosion of Conformity, Magrudergrind, Strong Intention and Ilsa. Tickets for what's sure to be a packed show are on sale now.