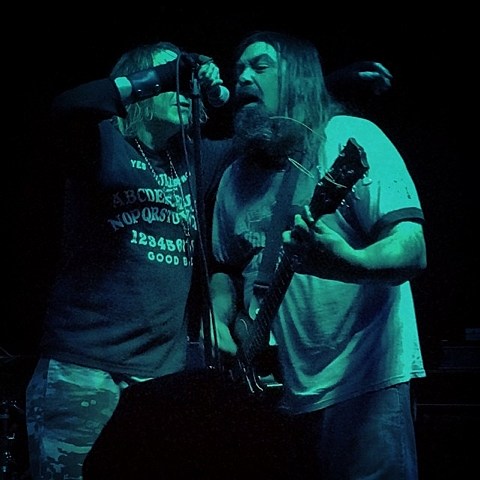 New Orleans sludge kings Eyehategod just steamrolled Europa on Saturday as part of their tour with Ringworm and Enabler. Even The New York Times was there:

Its show at Club Europa, in Brooklyn, on Saturday night, fell in line with the last three I've seen by the band, before and after Mr. LaCaze's death from respiratory failure in August. It was an extended family of riffs, played over the new drummer Aaron Hill's weaving, swinging drum patterns, and under the singer Mike IX Williams's wretched howl and crinkly-eyed, mirthless smile. It was low-end body music, half-slovenly, half-graceful, impossibly deep -- music for moving to in fluid motion.

Watch a full set video (by Frank Huang, via Metal Injection) below.

Now the band has announced another NYC show to happen at The Acheron on July 15 with thrashers Iron Reagan, Vektor and Strong Intention. Here's the event page, tickets are on sale. Grab 'em up while you can.

Eyehategod's self-titled fifth full-length came out a little over a week ago, the last with founding drummer Joey LaCaze, who passed away in 2013. Stream the single 'Robitussin and Rejection" below, with the Europa video and remaining current tour dates, below...