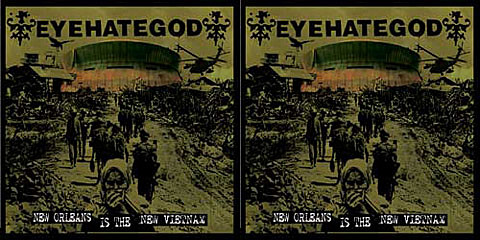 Is this a dream or reality? Eyehategod are releasing their first new material in eight years in the form of 7" on the way via A389 Recordings! Check out a snippet of "New Orleans is the New Vietnam" below; the track is an ode to Hurricane Katrina, who caused much pain to the much revered band. Order your copy via A389.

So far no scheduled shows for EHG on the eastside, but look for the crew to hit the West Coast next week as part of their campaign to destroy Bumbershoot. All tour dates and that stream are below.