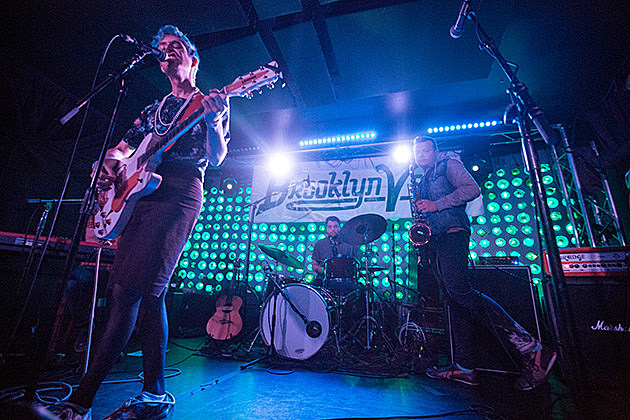 Ezra Furman has made a video for "Body Was Made," his joyous protest anthem from this year's great Perpetual Motion People. It was directed by the team of Anika Mottershaw & Kimberly Arms, and here's what Ezra told Noisey about it:

'Body Was Made' is a protest song against the people and forces that would make me ashamed of my body, my gender and my sexuality," he says. "It's a declaration of freedom from false authority and self-appointed social police who have given me grief all my life.

Having just played NYC during CMJ (including a super fun set at our Friday day party), Ezra is currently in Europe but will be back in North America for West Coast dates with The Entrance Band's Guy Blakeslee in December. He's also just announced a new NYC show, playing Bowery Ballroom on February 10, which is just ahead of another UK/European visit. Tickets for Bowery go on sale Friday (10/30) at noon with an AmEx presale beginning Wednesday (10/28) at noon. All dates are listed, along with the new video, below...