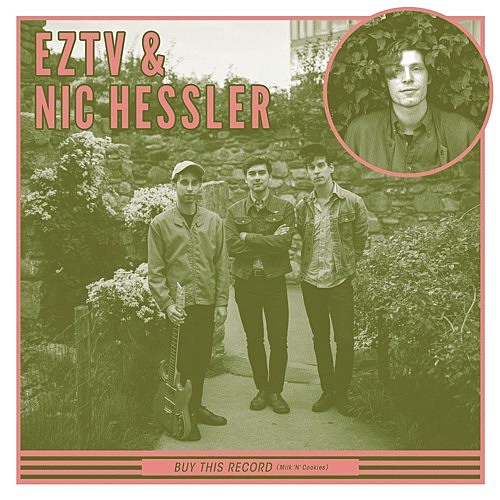 Captured Tracks labelmates EZTV and Nic Hessler have collaborated on a cover of "Buy This Record" by powerpop cult heroes Milk 'N' Cookies (who EZTV just opened for in Brooklyn). That's coming out as 7" for Record Store Day 2016 (April 16) but you don't have to wait till then to hear it though -- the cover makes its premiere in this post. Listen below.

Nic Hessler will be playing guitar with EZTV on dates supporting Martin Courtney on his upcoming tour. That tour includes a stop at Brooklyn's Baby's All Right on February 13. Tickets for that show are still available.

Nic Hessler, who used to record as Catwalk, released Soft Connections on Captured Tracks last year and it's an underheard gem, recalling the jangly heyday of '80s college rock like The Church, Tommy Keene, Game Theory, Grapes of Wrath, etc. You can stream the whole album below. Hessler doesn't really play the East Coast very often (ever?) so maybe EZTV will work up a couple of Hessler songs for this tour.

Related: you can get the original version of "Buy This Record" on the new Milk 'N' Cookies box set that's out on Captured Tracks.