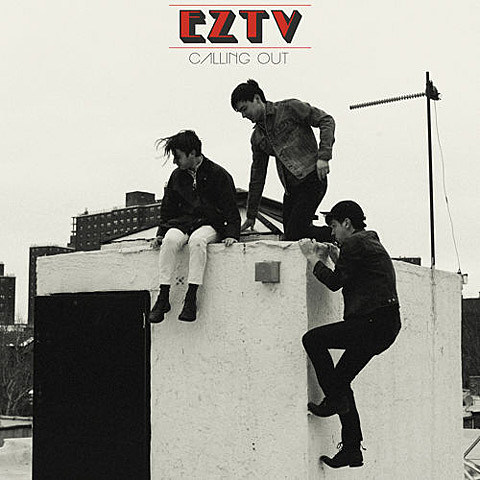 Brooklyn trio EZTV have shared another new song, "Trampoline," from their debut album which will be out July 10 via Captured Tracks. (Pre-orders are available.) Like much of the album, "Trampoline" is very very catchy powerpop that packs a lot of hooks into its three-and-a-half-minute running time. If you like the dB's, Let's Active or other bands who count Big Star as an influence, this is probably up your alley. Stream "Trampoline" and a couple other songs off the album, below.

EZTV are a last-minute add to tonight's 2015 NYC Popfest kickoff show which is at Cake Shop (5/28). They replace UK band Young Romance who couldn't make it. Tonight's lineup includes Souvenir Stand, Wildhoney, Roman a Clef, and headliners Beverly. This writer will be DJing in-between sets and tickets are available. They'll also be opening for Christopher Owens at Mercury Lounge on June 21 (tickets) and then playing with No Joy at Baby's All Right on June 23 (tickets).

You can also catch EZTV at NXNE and they'll be on part of Jacco Gardner's upcoming tour. All dates are listed below...

$ with Beverly
* with Christopher Owens of Girls
# w/ No Joy
^ with Jacco Gardner, Dinner