Punk veterans Face To Face are once again doing their "Triple Crown" shows -- which feature full performances of their first three albums (1992's Don't Turn Away, 1994's Big Choice, and 1996's self-titled LP) -- only this year they'll be doing it as a livestream. They'll be joined by special guests Jim Lindberg (Pennywise), Nate Maxwell (Flogging Molly), Spike Slawson (Me First and the Gimme Gimmes), Jason Cruz (Strung Out), Jason DeVore (Authority Zero) and Sharpshock, and there will be live Q&As and a roundtable with the band.

The streams go down Thanksgiving weekend (November 27, 28, and 29), and they'll benefit South Bay Customs, which is a member of NIVA (National Independent Venue Association), whose mission is to help save independent venues and promoters during this pandemic. Tickets go on sale November 7 at 1 PM ET. Ticket link TBA.

Check out the flyer and the video for Face To Face's '90s punk classic "Disconnected" below. 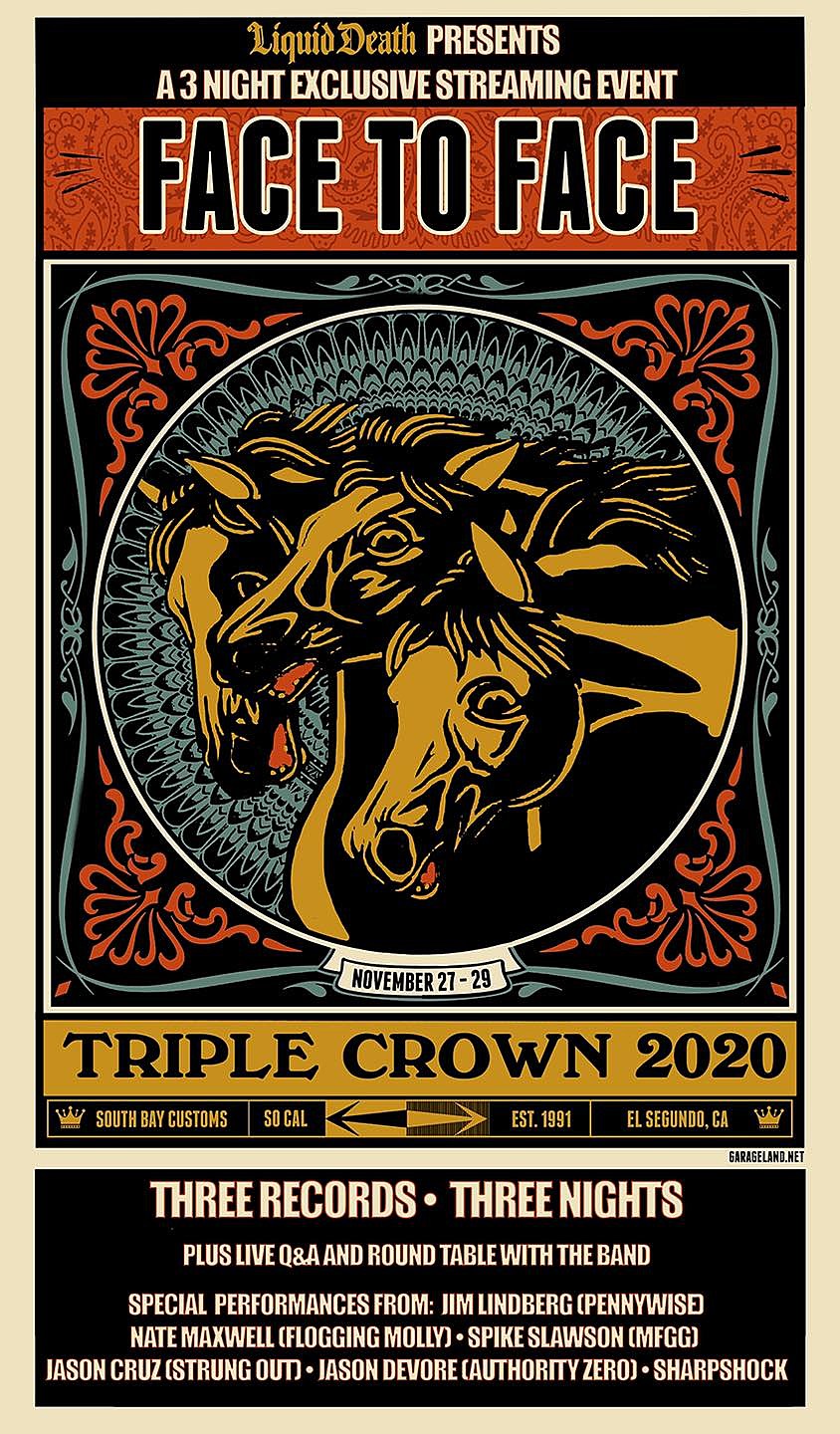