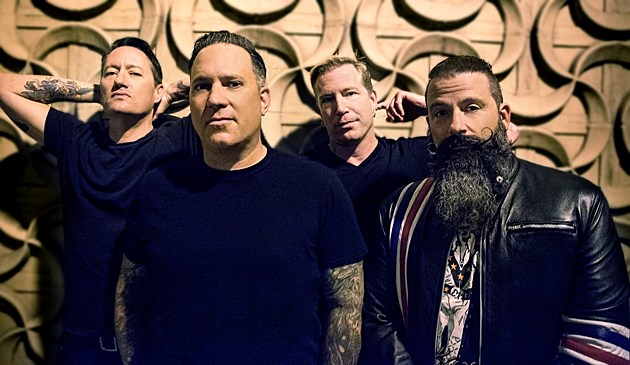 Last year, Cali punk vets Face to Face revisited the past and played their first three albums in full in various cities, but now they're getting back to new material. On March 4, they'll release Protection, their first album since 2013's Three Chords and a Half Truth, via Fat Wreck Chords (pre-order). We've got the premiere of "Bent But Not Broken" from that album, and it's classic Face to Face: driving punk rock with plenty of "whoa"s and a showy bassline to boot. In the case of a band like this, familiarity is often what you want and Face to Face sound as inspired as ever here. Check it out below.

They have a few festival appearances coming up, including Travis Barker's Musink Festival and the Vegas edition of Punk Rock Bowling. All dates are listed below.