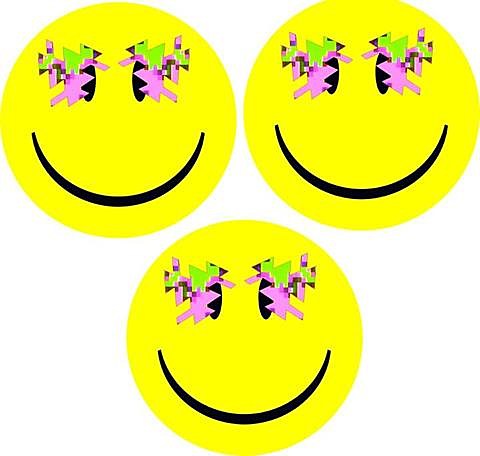 After four years of teasing us with singles and EPs, UK trio Factory Floor finally released their self-titled debut album this year. Like their other work, it's rooted in Detroit techno and acid, but with a stark, post-punk outlook. The band just released "Turn it Up" as a 12" and you can stream Laurel Halo's remix from it below.

Factory Floor are in the US this week for a few shows, including two in Brooklyn at 285 Kent. Don't expect an exact representation of the album -- the band rip up their songs live, with live drums and electronics played on the fly. Friday (12/13) with Cities Aviv and Yvette is sold out, but you can still get tickets for Thursday (12/12) which is with Bookworms and DFA artist Peter Gordon. Flyer for Thursday's show below.

Meanwhile, FF members Nik Colk, Gabriel Gurnsey and Dominic Butler contributed Best of 2013 lists to us, which feature records, food, gear, pets and more. Read those, perhaps while listening to Laurel Halo's remix of "Turn it Up," below... 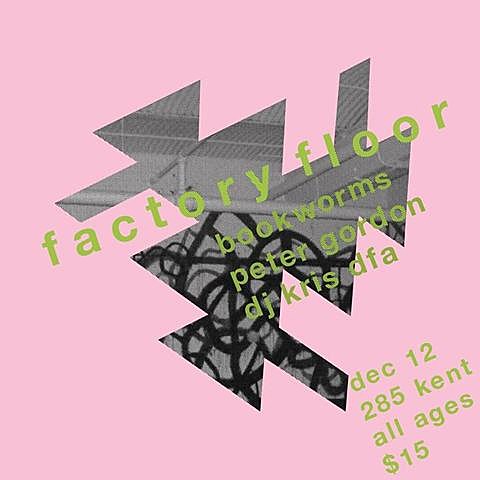 Nik
Gunnar Haslam - Mimesiak
One of my favourite artists on the L.I.E.S label - he uses techno with an organic vision

Laurel Halo posted this -- I don't need to say much here!

Gabe
I got Vince, my English Bulldog this year. Vince sits in the studio with me hours on end - he's got a good ear for techno. (Photo by Anna Stroe)

Daniel Avery - Drone Logic (listen via Rdio)
Yhis is organic dance music at it's best and new tracks by Max Cooper. I did a remix for him and his album's out next year

Dominic
Gabe and I had this Japanese synthetic apple cake in a hotel in Tokyo.
It was made of everything but apple, with some kind of mousse in the middle. 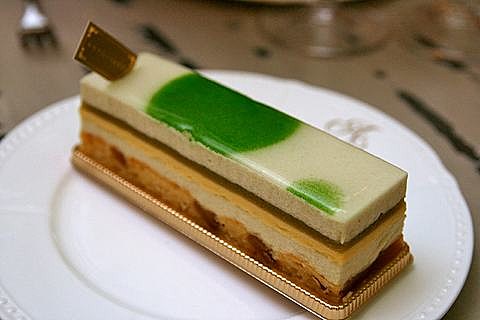 Dinner at Kiko's and Gulia's house. Kiko (our tour manager) made his own salad dressing. The fish was great but I refrained from trying the salad dressing.

Emptyset - Recur (listen on Rdio)
I just love the transparency of this album. Electronic music deconstructed then reconstructed in their own unique way.