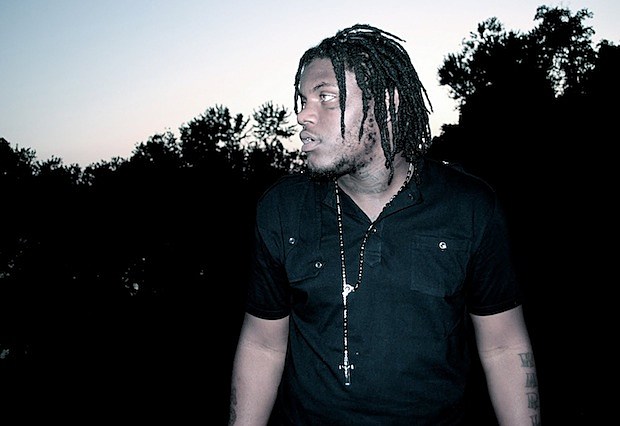 Though most of the lineup has yet to be revealed - except for King Krule, Metronomy (who also play MHOW), Purity Ring, Fat Trel (pictured above) and Bleached (more on them in a sec), this year's CMJ Fader Fort RSVP is up and running for their 10/21 and 10/22 shows at 443 w 18th St in Manhattan. More details, including the lineup, TBA soon.

Those dates are the same as the two free BrooklynVegan parties happening at Public Assembly in Brooklyn (no RSVP required), though Fader Fort runs 2-9pm, and the BV parties are from noon-6pm.

Vice's Noisey party with Twin Shadow happens at Santos Party House on the night of 10/19, and as previously mentioned, Twin Shadow are also playing another show which is now announced and is also free and also requires RSVP. The newly-announced show also happens at night, but on Saturday, 10/22, at Le Bain. It's the "Making Time" party and Seekae is also on the bill.

Making Time is FIXED's Philly sister, and FIXED have a CMJ party of their own as well. Their showcase will take place at Public Assembly on 10/19 with Teengirl Fantasy, Still Corners, Lemonade, Chad Valley, Radio People, Warm Ghost, CFCF (DJ Set), and Resident DJs JDH & Dave P (who also DJs Making Time). Tycho was originally scheduled to play this showcase but has since cancelled all of his CMJ shows in favor of a single pre-CMJ show happening at MHOW this Sunday. Tickets for the FIXED show are on sale.