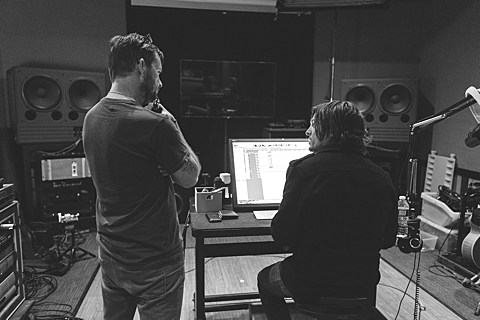 Last week, Failure announced summer tour dates, though they didn't include any in or around NYC. Now they've updated their schedule to include a Long Island show happening July 18 at The Space at Westbury. There's still a gap between that and their Nashville show on 7/21, so maybe NYC proper will still be added? Meanwhile, Long Island tickets go on sale Friday (5/29) at noon. Updated dates are listed below.

I suppose if I'm going to talk about the drums on the new album I'd like to put them in context by going back to Fantastic Planet and how I feel about those drum performances. I believe that will create a much clearer picture on how I got to where I am today in regards to the drum performances for The Heart Is A Monster. To me the drums are not about the actual drums, the drums are about me and the why of it all. In the big picture they are just the vehicle I use to spew my insides within the grooves of a record. 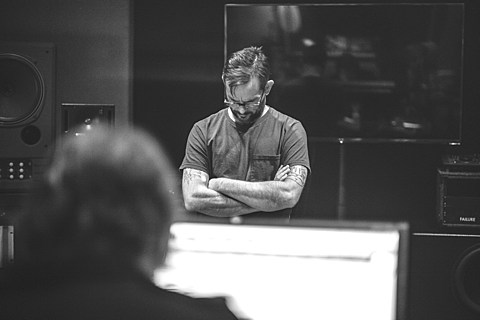 Let's start by saying, I love Fantastic Planet and am certain that at the time I could say that those drum tracks were my greatest single achievement. A great deal of stress, love and work went into the recording of those drums. You could say it was trial by fire. It may seem like six months are a great deal of time to write and perform a record but the majority of that time was spent on music and vocals. The average drum track on that record was written, arranged and recorded in a 24-hour period with the exception of maybe one or two tracks. Having never previously recorded this way I remember just being so stressed out and unsure of whether I was doing a good job or not. This is actually how we still approach the writing and recording of drum tracks today. Only today, I have quite a bit more experience working this way so it feels much more natural.

When I listen back to FP the one major underachievement on my part that stands out is not necessarily the drum takes but the expression of the individual. To clarify, I was still very new to the band and this was the first record I would record with Failure so the process was all very new to me and my footing was still very tentative and immature. That being said, my biggest deficit was not my lack of experience but that I was trying so hard to prove I was as talented as my counterparts and deserved to be thought of as their equal. In retrospect I know these bad ideas were not based in reality and of my own creation but that didn't make it feel any less real for me at the time. Admittedly, this may have leant itself to some of the vibe but it's not an approach I would recommend. It's painful and actually creates a lot of internal anger and frustration when you're constantly vying for control over the people you're working with. I was just so desperate for them to tell me how good I was and how I was everything they had been looking for, like a poor little brother... You see, I believe that had I not given way to fear and ego I could have been more open and free to the process and simply gotten out of my own way while being of better service to the music and my band mates. In saying that, please don't misunderstand me, I've never held this observation as a regret but merely as an opportunity that my insight would/will help me grow beyond the Fantastic Planet sessions.

I muse about the past only to demonstrate my belief that music as its core is the voice of the musician and the inner workings of the individual cannot be avoided in its representation. Who you are is in everything you do. So again, when I listen to FP that's what I hear... young, in-experienced and flying by the seat of my pants while trying to carve out a place next to the two musicians I respect the most in this world and in contrast on THIAM I hear where I am today, so let's get to that.

We actually started off the recording of the drums very playfully and kinda experimental on the new record, which I thought was a great tone to begin with. There's always a little bit of shuffling things up as far as the modus operandi goes from song to song but this was especially unique for us. "Atom City Queen," we dropped the Queen right on her head soon after its inception, was the lead off track at the new studio. We decided to try recording it without cymbals. This has been done before by others but not us and would prove to be slightly fun but way too much work. So we broke the song up in parts. We would record intro, chorus and bridge with no cymbals and after play the cymbal parts over top as an overdub. This method gave great control over keeping cymbals out of the drum mics and vice versa which is the part Ken really loved but the time it took to line up that stuff up on a grid was terribly inefficient. Then we went back and performed the verses as a separate part but with this little doohickey called a BFSD (big fat snare drum) covering the snare so it gave it kind of a drum machine feel. Like I said though, very time consuming but I loved the end result.

You know, before I go on about more record stuff I really have to tell you how I feel about my band.

I have never been in love with a band as much as I am with Failure. It is, and always has been, my one great musical love. Everything I've ever wanted and more out of music. When we entered the studio to do the first four songs for the new record I could not have felt more in my element and very at ease because unlike in the past, I was confident that my band would never let me play something that wasn't greater than my potential. Today I understand that our musical relationship has always and only been about how can we create something beyond where we are collectively at the moment. This time I trusted that Ken and Greg were going to make me a better musician and in return all I needed to do was show up and work hard to be what they needed me to be at any given moment. I found out very quickly that what they needed me to be was Myself. It's amazing how much time and just the willingness to be right sized can change a person's perspective of virtually the same exact events. Just that small bit of psychic chance and maybe a bit more experience, changed my entire relationship to the guys and the whole process of recording this time around. I had so much pleasure and so many moments of pure joy in the music we were creating. With the exception of two moments, which I remember vividly and were more the cause of poor dietary planning on my part, the drum tracks flowed out quite naturally and unlabored over. The first moment being "Counterfeit Sky." I just wasn't being groovy and knew it was because I had low blood sugar, which had me feeling pretty weird. It's very frustrating to not have control over yourself especially during those moments when you're attempting to be small and delicate in your playing. You really would like to just smack your skull across the floor in hopes that it will rid you of this roadblock. I just asked the guys if we could finish the drums the next day. Easy, right? You can actually ask to do things when you're feeling better. An epiphany that would prove to be a life/song saver. The next day we started fresh and rambled right through it much like the others. The second moment was "A.M. Amnesia" and similar in that I felt kinda off. What's funny about that one though, is that Greg loved my performance so I begrudgingly went along with him even though I really wasn't feeling it. It really bothered me to the bone. Just scraping at me, annoying me and begging me to do it all over again the right way. Upon my return to the studio and the following day, again I learned a valuable lesson in trust. Greg was right; it was totally cool and today one of my favorite drums tracks on the record. My perspective was completely up my ass. I clearly, on this one, didn't possess the ability to hear what I just played probably because I was more concerned with trying to overcome the hurdles of how crappy I felt inside. Sometimes the struggle within you baffles out the struggle without you.

So I'm certain I could go into every song on The Heart Is A Monster and blab about each small detail or elaborate on the minutia of it all but then that would leave me with nothing to say over the course of history, so I won't. I will thank you for allowing me to bend your ear and leave it at... To Be Continued... 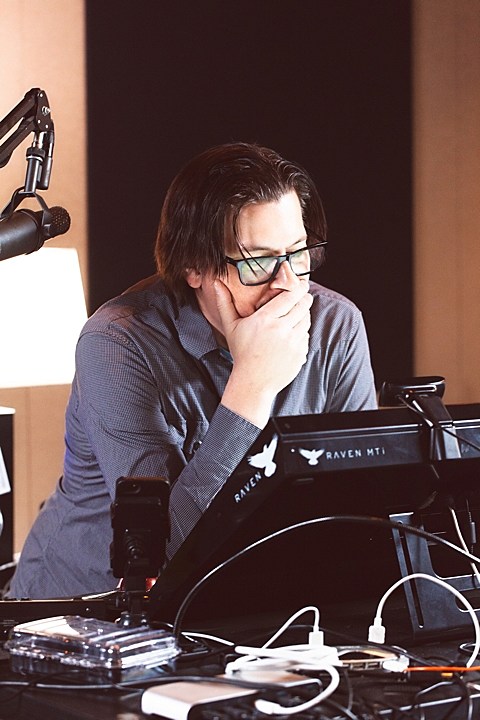