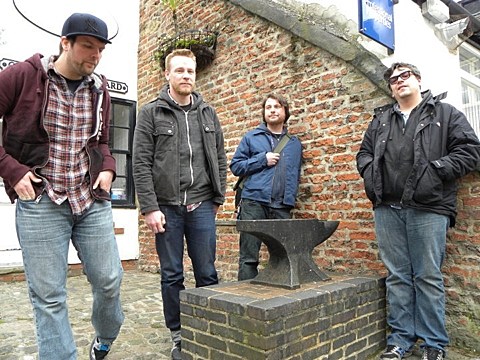 Buffalo's Failures' Union (whose lineup includes former Lemuria member Jason Draper) have been making the sort of punky alt-rock that recalls Smoking Popes, Weezer, or other Angus Soundtrack bands cut with a bit of Lucero-esque alt-country for almost a decade now. (Like Lemuria, they've got a split with Cheap Girls under their belts, another modern band with an unashamed love of '90s alt-rock.) In that time they've released a number of demos/EPs/7"s and two full length records -- 2007's Sinker and 2010's In What Way. Now, they've just finally announced that their third LP, Tethering, will be out this fall via Paper + Plastick.

On the first single from the new album, "Between," their love of jangly '90s radio rock remains in tact, making for what sounds like the great lost track off that Angus soundtrack (or Empire Records or Clueless or Singles, etc). Check out the video for the track, along with the album artwork and tracklist, below.

Failure's Union have a hometown show this Saturday (8/24), and in September they'll be kicking off a full tour that comes to Brooklyn on September 24 at Death by Audio with Chandeli'ers. Admission for that show is $7 at the door.

All dates are listed, along with the new video, album artwork and tracklist, below... 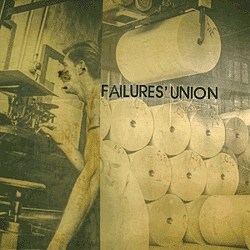