words and photos by Keith Marlowe 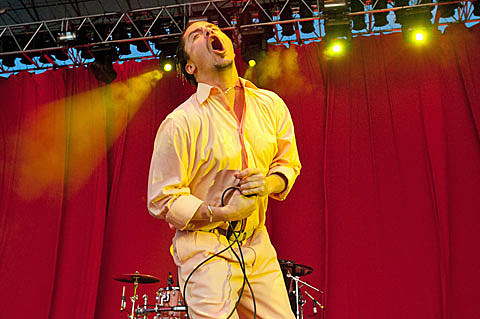 The crowd erupted in cheers, over a decade in the making, when Faith No More took the stage at the Williamsburg Waterfront last Friday. After reforming in Febuary of 2009, the band had played dozens of dates in the UK, but didn't play the US until April of this year, and that was just four shows in California. So this was the first time they had been anywhere near the East Coast since breaking up in 1998. It was fitting that their first song (as it has been on many tour dates) was "Reunited," by Peaches and Herb.

The band came out dressed in different colored pastel suits. The two founding members, drummer Mike Bordin and bass player Bill Gould, (who started the band in 1981) and keyboardist Roddy Bottum (who joined in 1982) were joined by Jon Hudson, the most recent addition (he joined in 1997 to help with songwriting on "Album of the Year".) Mike Patton was the last to appear, and he came out slowly, walking with a cane. I wondered if there were going to be any Willy Wonka type antics, but after singing with the cane for a couple songs, he tossed it to the side of the stage. I couldn't tell if he was really hurt, but he did seem to move less than when he played with other bands in the last couple of years.

Faith no More played a pretty even mix of the albums they made after Mike Patton joined in 1989. They started their original material with "From Out of Nowhere" which, fittingly, is the first song on "The Real Thing," the first album they made with Patton. From the beginning notes of "Nowhere" the crowd started singing along, and it kept up throughout the entire concert (minus Chariots of Fire.) It's been a long time since I heard that many people sing along with an entire show and it really added to the experience. What didn't add to the experience was the way the "beer-drinkers" were sectioned far off from the rest of the audience. It seemed there were many unnecessary barricades, and all the grass near the stage was sectioned off, removing the only comfortable option for anyone who wanted to sit and watch the show. And did there really need to be separate lines for beer tickets and beer?

Mike Patton instructed the crowd several times to turn around and check out the amazing view ("you fuckers live here") instead of looking at the band, but nobody was having any of it. The skyline isn't going anywhere (hopefully), but there's no telling if Faith No More will ever be back in NYC again. They kept everyone riveted through the set, which included covers "Easy" and "I Started a Joke." The first encore started with Vangelis, another live staple, and the second encore consisted of "We Care a Lot," the only song off their first two albums from the Chuck Mosely era.

Rahzel opened the show with his one man vocal act, performing original songs and covers such as Wu-Tang. The amount of bass he was able to produce was impressive, and his beats shook the speakers. . He somehow managed to do the verse and chorus of a song simultaneously. He spent a lot of time talking about hip-hop, the importance of women not getting impregnated by poor men, and why dudes should be sure to keep themselves wrapped. Some of the talking got old, but it was cute when he brought his youngest son up and told the crowd about him. His son alternated between looking like he was going to laugh and cry.

Neil Hamburger was next (and reportedly first), and he really seemed to quickly divide the crowd into people that thought his act was funny, and people that would have preferred silence until Faith No More came out. "What's the difference between Courtney Love and the American Flag? It's wrong to piss on the American Flag," gives a pretty accurate representation of his jokes. He's like a cross between a pop-culture Henny Youngman and John Waters. A big part of his bit seems to be chastising the hecklers that he knows he's going to get. A lot of his taunts at the audience were funnier than his jokes.

Faith No More went on to play Philly on Saturday and Williamsburg again on Monday (pics from that one HERE) and are now headed to Europe to play festival dates for the rest of July. They have no more "official" plans after this month.

We already posted this show's setlist. Pictures from it continue below... 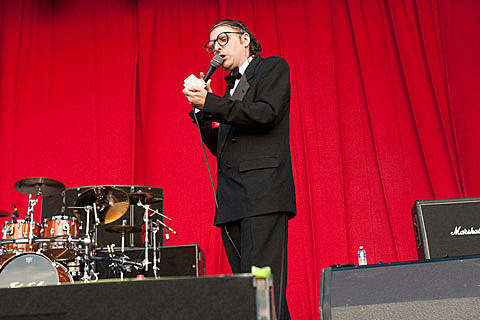 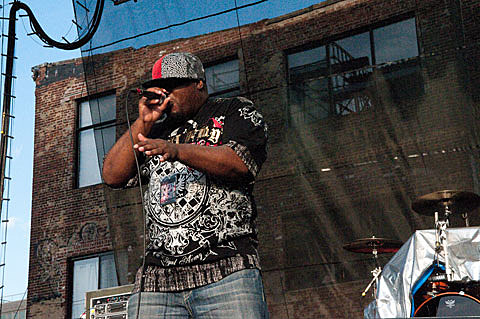 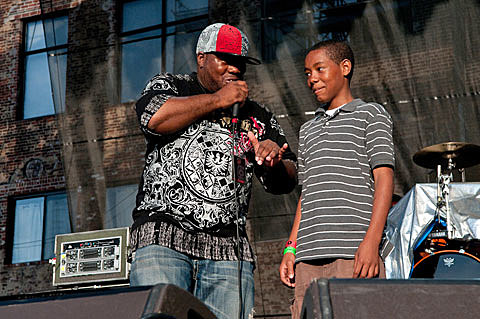 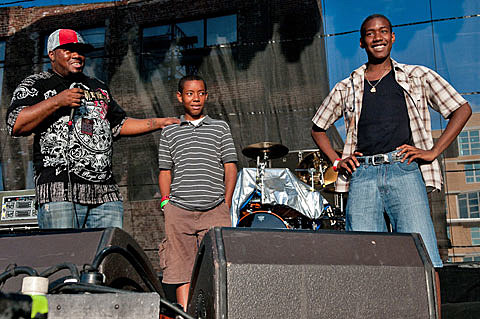 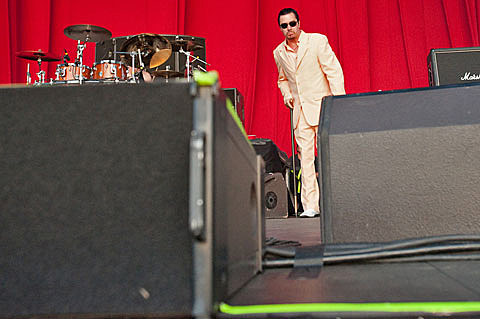 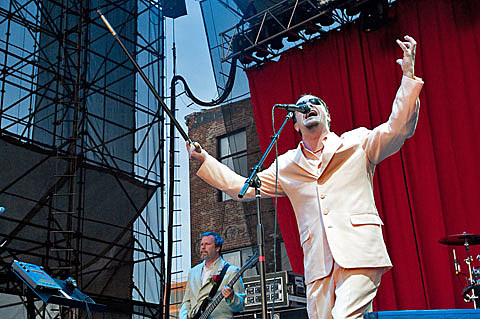 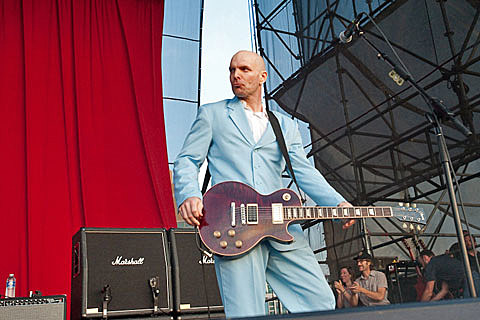 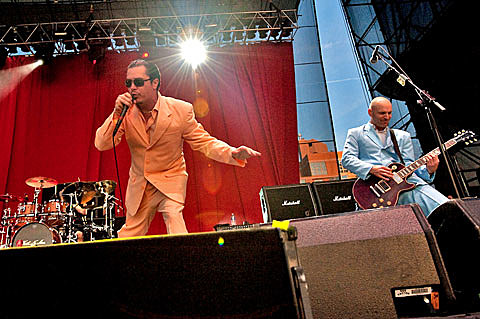 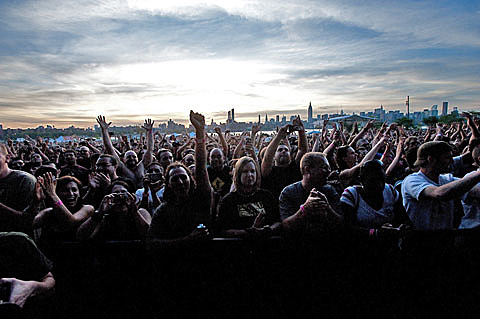 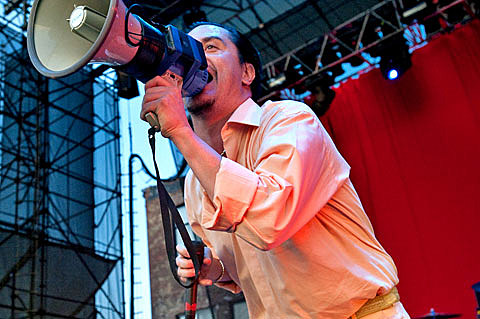 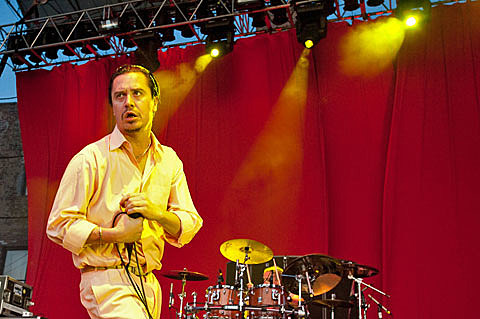 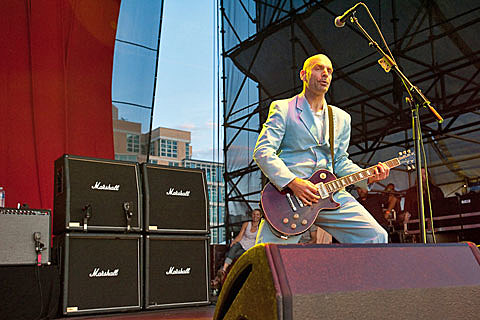 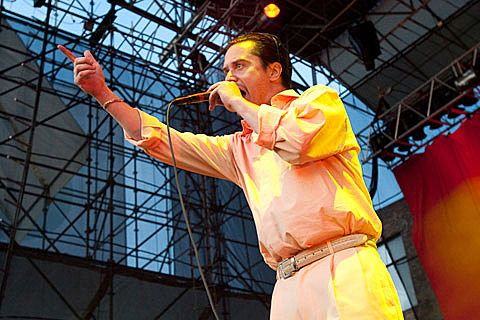 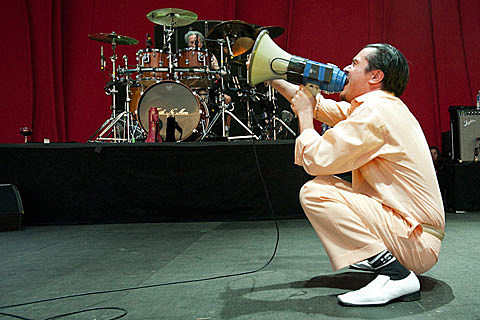 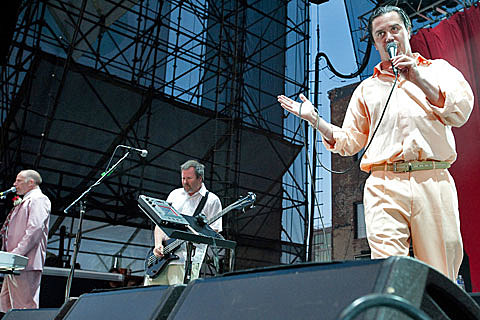 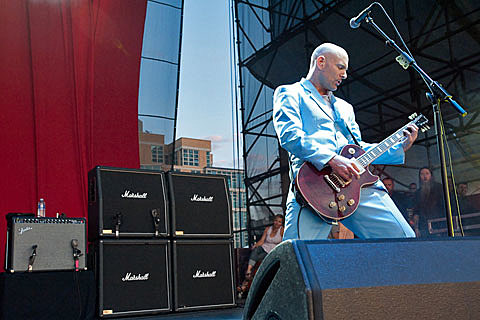 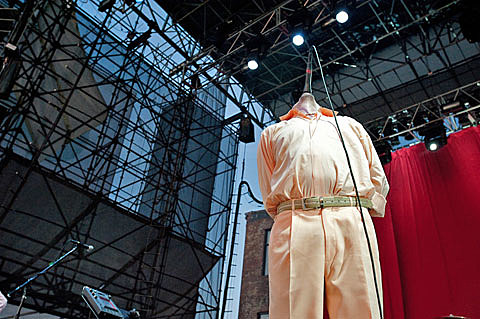 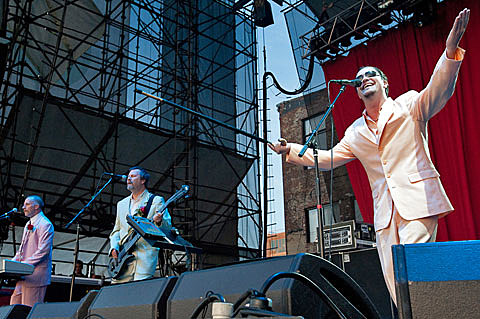 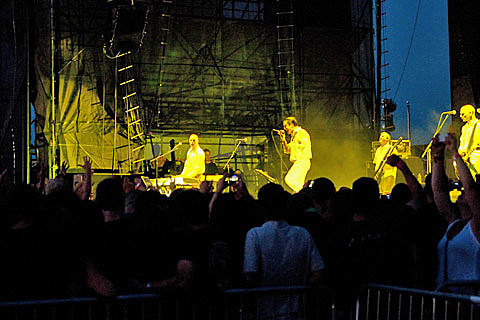 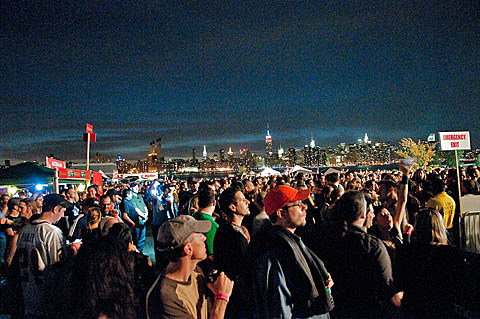 Check out pictures from the Monday show HERE.