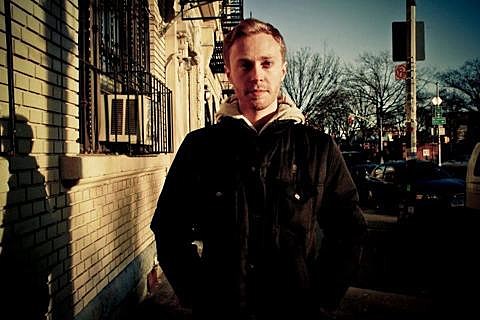 NYC producer FaltyDL, whose new album Hardcourage came out back in January, is about to head out on tour with James Blake that includes that includes two shows at Terminal 5 on May 7 (tickets) and May 9 (sold-out).

After their two T5 shows, FaltyDL and James Blake will DJ the One Step Beyond party at NYC's American Museum of Natural History on May 10 with Obey City. The 21+ party starts and 9PM and tickets are still available.

After that, FaltyDL will participate in an event called "Deviation" which happens at NYC's Sullivan Room on May 27. Hosted by BBC Radio 1 DJ Benji B, the night also features a live set from Viennese synthmaster Dorian Concept, and DJ sets from Ireland's Orquesta, and Finland's Somepoe. It's part of the monthlong Red Bull Music Academy and tickets ($5) are still available.

In related news, James Blake just released a video for his track "Voyeur" from new album Overgrown (out 4/9). The clip, directed by animators Tobias Revell and Ferry Gouw, gets deep into the groove. Really deep. You can watch it below.