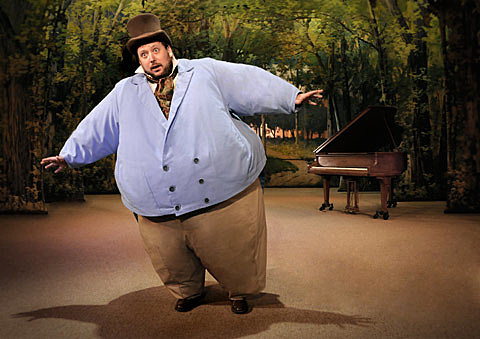 Last here for this year's popfest, Fan Modine (aka North Carolina resident Gordon Zacharias) is back in town this month for two performances of gorgeous orch-pop: there's a free show this Sunday (8/7) at the Ace Hotel with Sam Owens, and then Wednesday, August 17 at The Rock Shop with April March and Hotel Lights (the new band from Darren Jesse of Ben Folds Five).

At the top of this post you can download two tracks from Fan Modine's new album, Gratitude the Shipper, Zacharais' first in six years. If you like The Pernice Brothers, The Divine Comedy, The Left Banke, this album's for you. It's also got a slew of talent on it. Chris Stamey of the dB's produced, and features NC legend Mitch Easter, plus members of Polvo and the Essex Green.

Both NYC performances are full band shows, so hopefully much of Gratitude the Shipper's (and previous albums, like 2004's Homeland) lush arrangements will be represented live.