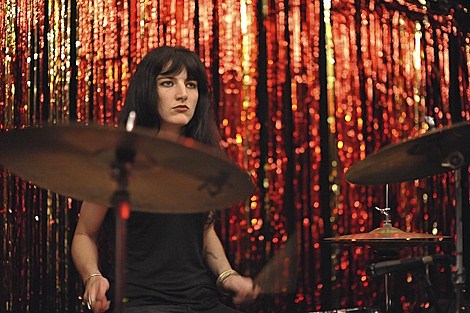 I realize we're all concerned about This Week Next Year in Indie, what with this Pavement stuff, but there are actually good shows in the next few days too, so let's get down to it.

Ty Segall is back in town, playing three area shows before heading down to Memphis for next weekend's Gonerfest. If you haven't picked up his new album, Lemons (which is on Goner Records), you really should -- I think it's one of the year's better slabs of garage. And by all means see him live. He (and his band) were great when they played Cake Shop back in June. You can catch him Friday (9/18) night at Death by Audio (as part of this Maze installation which I have yet to see, and where they recently "chopped some of the walls in half [to help] with the viewing".), Sunday night (9/20) at Mercury Lounge with Golden Triangle, and Monday (9/21) at Maxwell's.

All dates on this current tour are with fellow San Franciscans The Mantles whose self-titled debut is just out on Siltbreeze. Every time I think I've heard all the SF bands doing psych-garage, here comes another and they all seem to put their own stamp on it. The Mantles are a little more on the tuneful, paisley side of things -- think Lyres, Mouse & the Traps or even The Turtles -- that the scream through a distorted mic kind of thing, so they make for a good "similar but different" match to Ty's grittier style. 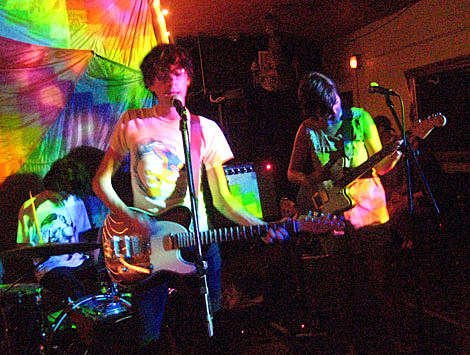 It's Rosh Hashanah this weekend and the folks at Silent Barn are throwing a party Saturday night in celebration of it: "The party is to celebrate 5770 and will have a Jewish theme but non-Jews are definitely welcome... and encouraged to attend. Gonna be a party and a blast!" Headlining are Dream Diary, who I caught last week at Bruar Falls and thought were really good. Dream Diaryplay what I'd call classic indiepop: jangly guitars, fey vocals, with a love of both sunny melodies and rainy day minor chords. Think The Pastels, Orange Peels, or Trembling Blue Stars. You can check out an MP3 of "Bird in My Garden" at the top of this post, and there's video from the Bruar Falls show below. Also playing: duo Big Troubles who are also Fluffy Lumbers' backing band (if that means anything to you), and The Kezners. Plus: apples and honey! 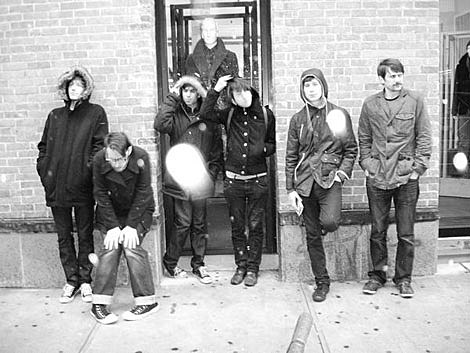 We are in the midst of The Bell House's First Anniversary, which early in the week saw shows from OK Go, Fountains of Wayne and Rhett Miller, and is now ankle deep in the Eugene Mirman Comedy Festival. The last day of this weeklong celebration (Tuesday, 9/22), however, is the one I'm most excited about: Fanfarlo. It's one of two dates they're playing in NYC, they also are at Bowery Ballroom on Monday (9/21). I'm a longtime champion of these guys and it's great to see them playing two of my favorite venues in the city -- a big move up from the 40 or so people in attendance at Fat Baby during CMJ 2008. Their debut, Resevoir, has been available digitally for some time (they were even selling it for a dollar for a while there) is finally getting a proper release on Atlantic in October. It's one of my favorites of the year, but I think Fanfarlo are even better in concert where their sweeping anthemicism really comes alive. The Finest Kiss caught the first show of their U.S. tour in Seattle:

Fanfarlo get compared to Arcade Fire quite a lot, but where Arcade Fire are all about pomp and bombast, Fanfarlo soften the corners coming across as a warmer friendlier band. They can sound big, but they also know how to do quiet. They all seem to be able to play multiple instruments, and apparently get tired of playing the same thing all the time based on all the switching off they did, and that restlessness spread to audience during the encore, when the band brought out hollow plastic whistling tubes and handed them out to various audience members for the song Ghost. It was just about perfect (except for ducking a few times) with the whistling forming and eerie bed of sound over which the band played. Like the stage set up, it was just another example of the band making a big impact with tiny props. It was a Monday night, but Chop Suey was pretty full for a UK band touring the US with no album out yet. The majority of the people there must have been fans, because after the encore the audience demanded another song. The house music and lights were coming on but everyone persisted and the band obliged. I rarely see a genuine encore, but this indeed was one, and the band were a little taken aback. They weren't sure that they even knew another song that they could play, but they pulled out the A-side to their second single "You Are One Of The Few Outsiders Who Really Understands Us." It may be the poppiest song they have, and just like the rush of the opening "I'm a Pilot" this put a smile on everyone's face. In a lot of ways a gig is like a salesman making a sale, it's all about the presentation, and Fanfarlo have got it down, visually and sonically.

Tickets are still available for both the Bowery and Bell House shows, though I think the latter's lodge-y vibe will suit the band best. But do go see one -- or both -- shows if you can. Both nights also feature percussion-heavy Swedes Wildbirds and Peacedrums, who played last night at Cake Shop and will also play at Bruar Falls Friday with Ramona Falls. 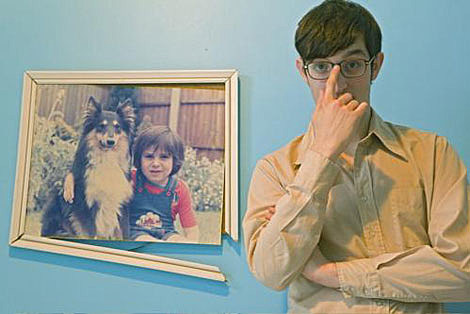 Helping fill out Fanfarlo's sound on this American tour (he's playing as a member of their band) is London musician Jeremy Warmsley who travels in the same circles as Noah & the Whale, Lightspeed Champion, Emmy the Great, Slow Club, the Wave Pictures and the rest of London's new folk scene, much of which was documented last year on his online show Welcome To Our TV Show. (You can watch an episode below.) His debut album from last year, How We Became, has yet to be released in America but it's well worth seeking out, a nice mix of acoustics, electronics and well-crafted songs. While here with Fanfarlo, he's doing his own solo show (which is also his NYC debut) on Wednesday (9/23) at Pianos. He's performing solo acoustic, but maybe some of the Fanfarlo folks will still be around to help him out? We'll see. He's good. You can download his single "If He Breaks Your Heart" at the top of this post. 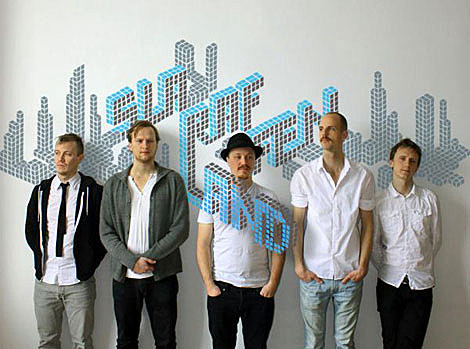 If I wasn't going to the Fanfarlo show at Bell House I would probably be at Union Pool to see Denmark's Slaraffenland, their only NYC date of their current U.S. tour, most of which was spent opening for Akron/Family. Their new album, We're on Your Side, came out this week and while it's a little more straightforward than 2007's weird, wonderful Private Cinema, it's no less lovely. You can download two tracks from it at the top of this post. And I wholeheartedly recommend seeing them live. I wrote this about their show last year at Knitting Factory: "Live, Slaraffenland are pretty fascinating to watch, as all the members sing and play at least two instruments... often within the same song. The guitarist played the oboe; the percussionist played a variety of woodwinds; the bassist also played flute; and the keyboardist / sampler was often seen with a trombone. There is a lot of live sampling going on in their show -- many songs started with everyone playing horns which would become a backing loop -- so live percussion blended with canned bits. Very little of their music follows pop conventions, but there is melody and beauty if you stop waiting for the chorus and just let the music wash over you." You can also watch their Takeaway show further down this post. 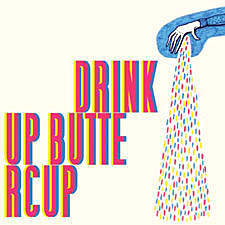 If you're looking for things to do tonight, I can recommend three shows. At Glasslands (9/17), it's Savoir Adore, Drink Up Buttercup, The Art of Shooting, and Candles of Paradise. Savoir Adore, who I've plugged many times before here on this site, are a great live band and I really like their debut, In the Wooded Forrest which is out this week on CD and vinyl. (They're giving away three tracks from it at their website.) I've also written about Drink Up Buttercup more than once, and the band have just signed to Yep Roc who will release their debut album early next year. In the meantime, you can download the A-side of their new single "Even Think" from YepRoc's website after giving them your email address.

There's also The Horrors at Bowery Ballroom. They didn't win the Mercury Prize (no surprise) but as I've said before, their new album Primary Colours is pretty great. I'll quote myself: "Mind you, I'm prone to like things that owe to '80s post punk and goth, as well as '90s shoegaze, but they transcend the influences I think. Like My Bloody Valentine's Loveless, some of the sounds on the record make you wonder if your stereo is melting. In a good way." Opening are Crocodiles who do a good JAMC / Spacemen 3 impersonation that works, I think, because they've got the attitude and snarl to back it up. Or maybe it's the sunglasses. If you miss them, both bands will be back in October.

And at Union Hall tonight (9/17) are We Are Ivy League, Americans who do wispy Brit indiepop just about perfectly. They got most of their press from being part of another band who wrote the Snakes on a Plane theme song, but I think their album from last year stands on its own. They've been mostly quiet since releasing it. It might be worth going to the show just to find out what's going on with them these days.

That's it for this week (and a bit of next). Flyers, videos, and tour dates follow... 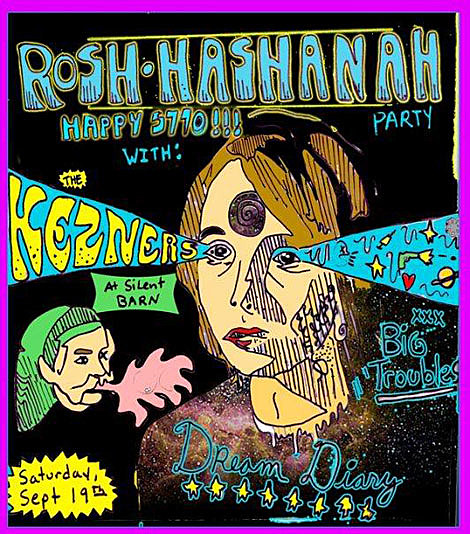 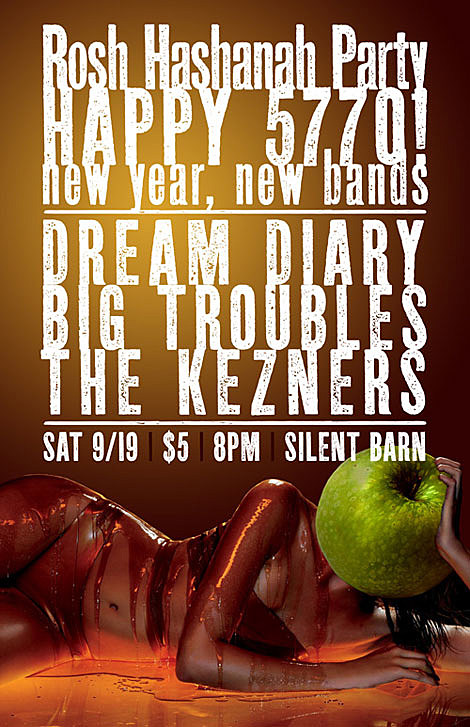 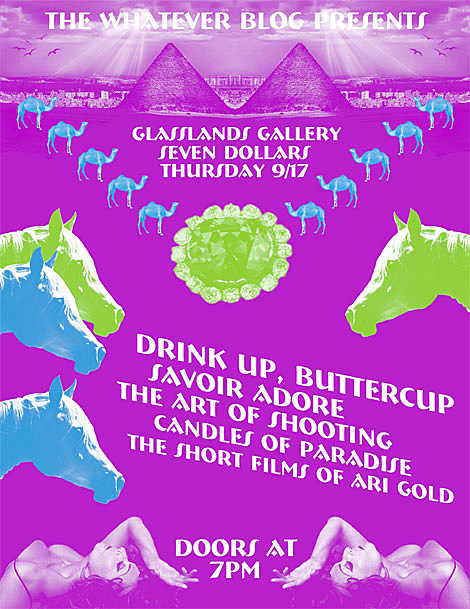 Fanfarlo - The Walls Are Coming Down

Jeremy Warmsley - If He Breaks Your Heart (acoustic)