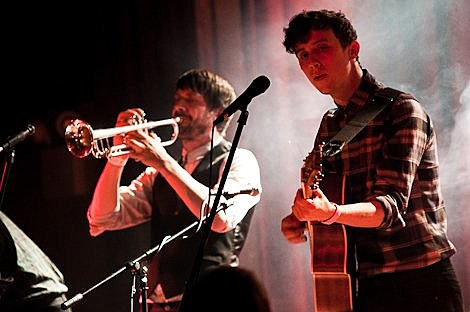 Fanfarlo play Mercury Lounge tonight (10/27), one of two sold out shows they'll play in town before the end of the weekend with Double Ghost. They've also since added a few dates since we last spoke. They're all listed below.

Fanfarlo are getting ready for the release of their new album Rooms Filled With Light which will see the light of day on February 28th, 2012. Two of the songs from that album,"Deconstruction" and "Replicate", already have videos which you can watch, along with remixes of the latter, below...