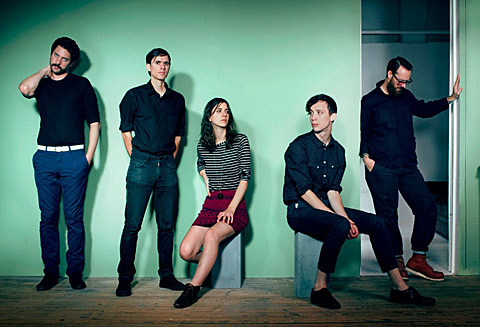 Fanfarlo return to NYC in a couple months for a show at Webster Hall on March 6th. Tickets are on sale today (Jan. 6) at noon. The band are also playing the Canadian Music Fest in Toronto on March 24 but otherwise have no other North American dates scheduled -- though SXSW just happens to occur conveniently in between those dates. The band were last in NYC back in October.

Fanfarlo's sophomore album, Rooms Filled of Light, is released February 28 which gives everyone about a week to get familiar with the new songs for the show. You can check out the album artwork and tracklisting at the bottom of this post. Like they did with Resevoir , Fanfarlo are also releasing a limited edition box set version of the new album:

We are very pleased to announce that we have just put together a limited edition boxset version of our second album, Rooms Filled With Light, which apart from the album itself includes things like additional songs and original artwork by Allison Diaz, not to mention a compass (should your sense of direction be as poor as mine).

This beauty is available to pre-order NOW. And as a thanks we'll send you a couple of additional exclusive tracks straight away. They are two songs off Reservoir that we, true to our habit of reworking songs, re-jigged and recorded live on a cold afternoon in Manhattan a few weeks ago. This will give you a little flavour of things to come when we go back on the road next year! See you then...
Simon/Fanfarlo

And one last bit of Fanfarlo news, bassist Justin Finch has a solo project called The Castle which he explained on the band's website:

Maybe it was the excitement of writing and recording the new Fanfarlo record that inspired me to finally try and produce some of the triumphant, science fiction inspired synthesizer sounds battling it out in my head. I've decided I don't want to be too precious about it so I'm putting it online in it's semi-finished state. Presenting The Castle. Here is a link to 5 downloadable songs. I hope you enjoy them.

You can stream and download those songs -- "I think it sounds something like the soundtrack to Flight of The Navigator or The Terminator" says Justin -- at the bottom of this post. Also below is, as mentioned, cover art and tracklisting for Rooms Filled With Light, and an interview with the band conducted at last month's Mexefest in Lisbon, Portugal... 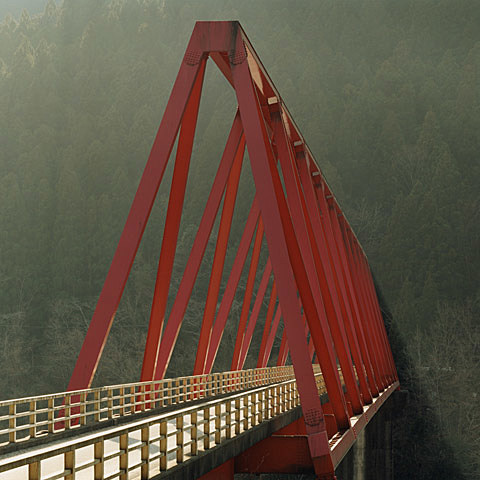 Latest tracks by THE CASTLE