"At the public memorial for Lou Reed in Lincoln Center, where hundreds have gathered for a listening party. Applause follows each song." - @JohnSurico 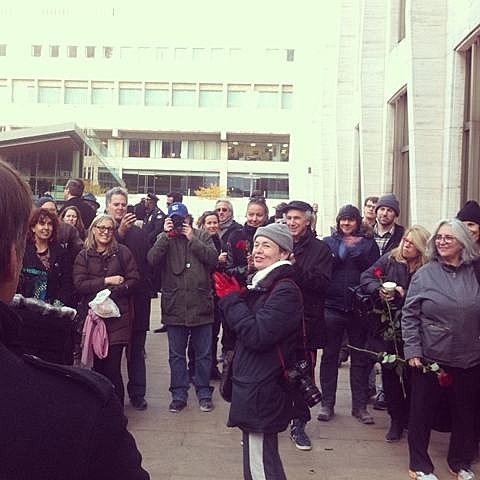 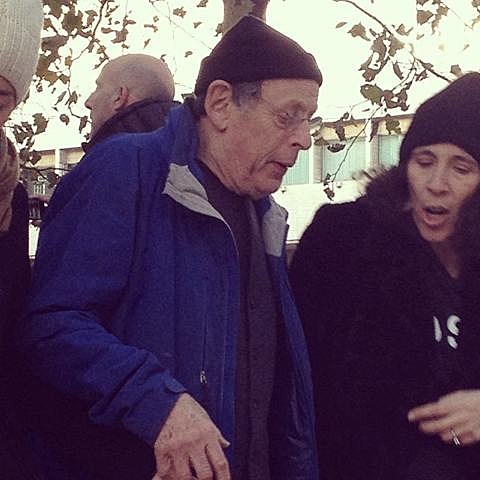 Fans gathered by The Paul Milstein Pool & Terrace at Lincoln Center this afternoon (11/14) to remember Lou Reed, who died October 27 at age 71. His wife Laurie Anderson and composer Philip Glass were among the 200 or so in attendance and, as promised, there were no speeches or live performances. Just Reed's actual music (including some of Metal Machine Music), played "incredibly loud." As it should.