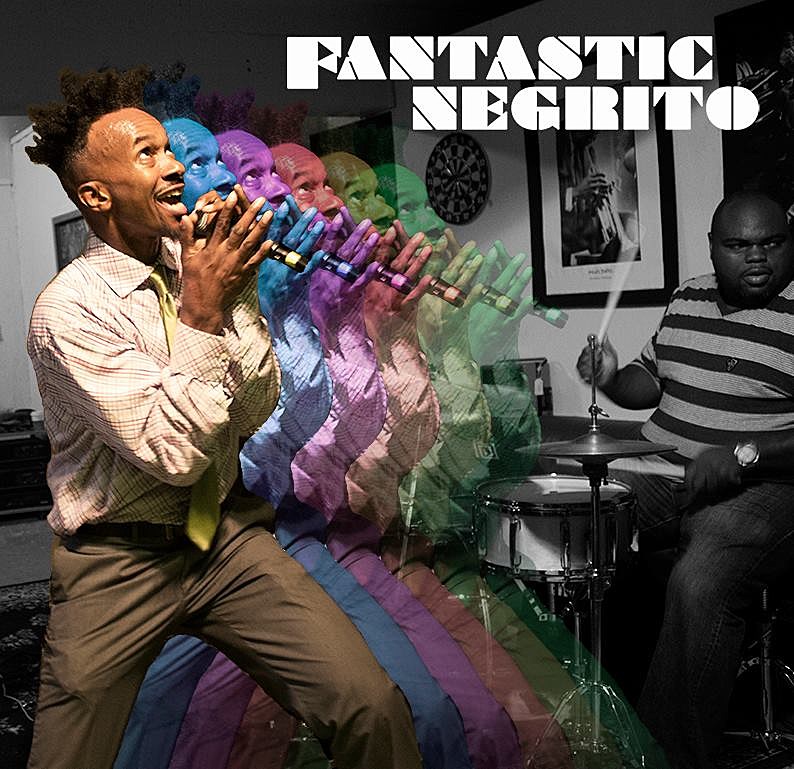 Oakland roots musician Fantastic Negrito, whose real name is Xavier Dphrepaulezz, was set to play the Outside Lands festival in San Francisco over the weekend, but the police had other plans for him...

Dphrepaulezz tells Yahoo Music that he arrived Saturday at the festival in Golden Gate Park with his driver, Alistar Monroe, and intern, John Beckmeyer, when they "got bumrushed by 10 San Francisco police, all in uniform. They were really aggressive; they handcuffed us, made us get on the ground, all that routine. I'm thinking, 'There's some sort of mistake, and this will just take a minute to sort out and I'll be on my way.'"

Dphrepaulezz says Beckmeyer started "looking very nervous and pale" when officers brought up the Craigslist ad; Beckmeyer then confessed that he'd sold an extra artist-only wristband, which belonged to Beckmeyer's girlfriend who could not attend the festival. "He didn't know he was going to be in trouble. He is a really good guy, an exceptional guy, a good intern. He just made a dumb mistake that affected all of us. I just don't understand why I was still detained when he explained what had happened," says Dphrepaulezz.

Despite the intern confessing immediately, police continued to hold all three of them while Fantastic Negrito's festival set was cancelled.

"In all circumstances, we are most concerned with the safety and security of our attendees, artists and staff. We continuously look to protect and maintain the integrity of our credentialing system, and are so sorry that the artist was not able to perform due to this unfortunate breach."

"While acting on a tip from Another Planet Entertainment, San Francisco Police Officers stopped and detained three subjects on the corner of 25th Ave. and Fulton Street pertaining to someone selling non-transferable artist bands."