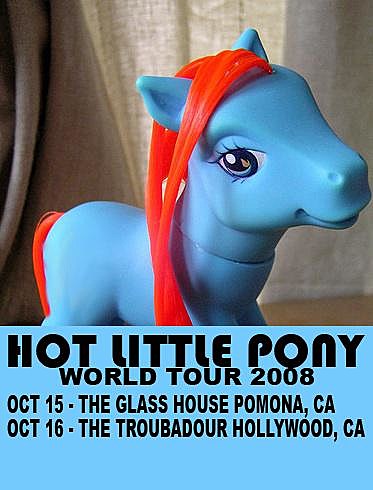 "As much as I wanna play along, I can't contain myself...FAR IS BACK! Under the unique moniker, Hot Little Pony, Far has lined up two LA shows and a handful of UK shows to boot. Today the highly influential rock group released a video contest and a steamy new single that covers mid-90s R&B sensation, Ginuwine. Not only that but a they snagged a nice little indie snob article on Filter Magazine's website." [Kata Rokkar]

New videos and all tour dates below...