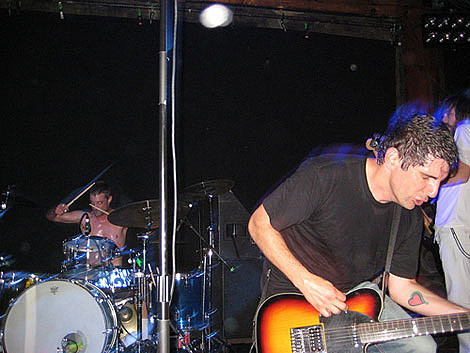 Far reunited for two California shows in mid-October. Proof is in the picture above, and in the setlist below. Five more reunion shows are scheduled for the end of November in Europe.

And though there doesn't seem to any plans for an east coast show (yet?), that doesn't mean Far frontman Jonah Matranga will be a stranger to NYC. Monday (today), November 10th, Jonah will play a solo show at Europa in Brooklyn (tix), and Tuesday he's playing a $10 show at the Gershwin Hotel in Manhattan (7 E. 27th St, 8PM). There are no advanced tickets for the latter, but you can reserve one for eleven cents. All dates below... 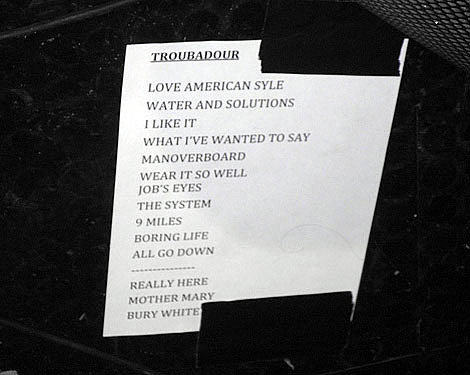