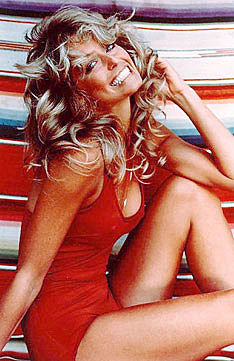 Fawcett was also a pop culture figure whose hairstyle was emulated by millions of young women and whose poster sales broke records, making her an international sex symbol in the 1970s and 1980s.