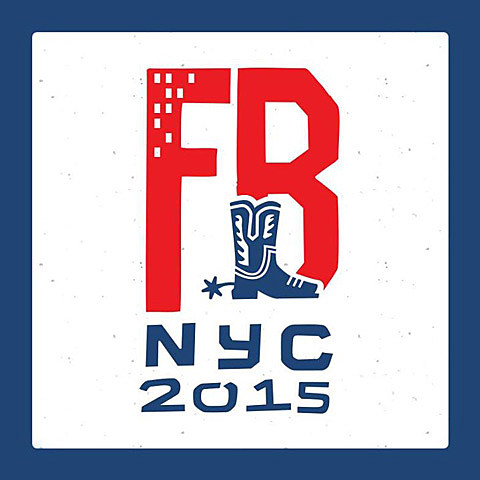 As you may know, Governors Ball starts today with three days of rock, pop, R&B, dance and hip hop taking over Randall's Island Park. That's not the only festival happening there this month, though. Randall's Island gets its first-ever country music festival, FarmBorough on June 26-28. (FarmBorough also claims to be the first-ever three-day country music fest in NYC.)

Produced by the same people that do Governors Ball (Founders Entertainment) and Live Nation, the lineup is mostly mainstream country (Dierks Bentley, Brad Paisley, Luke Bryan) but there are a few troublemakers like Dwight Yoakam, Sturgill Simpson, and Chris Stapleton.

"We've been dreaming about bringing a country festival to New York for a long time, and we feel like the time is right now. We have the perfect partner in Founders and the perfect location on Randall's Island to really bring fans and artists something special," said Brian O'Connell, Live Nation President of Country Touring. "New York City is a global destination. Country fans from all over the world can come to the city and take advantage of all it has to offer, while enjoying three days of the best country music acts too."

"We're thrilled to bring our hometown of New York City its first-ever Country music festival. This has been many years in the making, and we couldn't be more excited to launch FarmBorough in June," said Co-founder and Partner at Founders Entertainment, Jordan Wolowitz. "Brian O'Connell and his team at Live Nation are the ideal partners for this venture, and together we form a festival dream team. With Governors Ball, and now FarmBorough, New York City is host to premier, world class, music festivals."

Three-day passes are on sale (no single-day passes available) and you can check out the full FarmBorough lineup here.