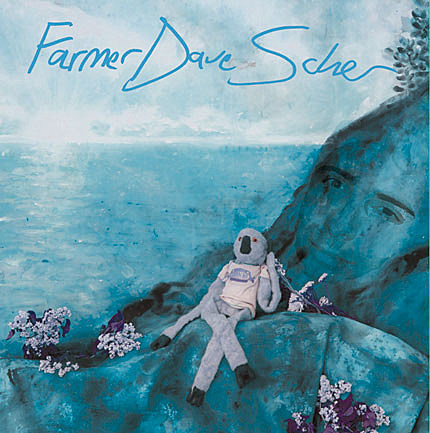 Dave Scher was a DJ at Los Angeles station KXLU when Jimi Hey would make numerous calls requesting Six Finger Satellite and Ready for the World. The two became friends, and Hey eventually got his own show on the station. Later on, Scher and Hey helped found the celebrated cosmic-country outfit the Beachwood Sparks. Since leaving the Sparks in 2001, the duo has spent the better part of [2003-2004] tuning and tweaking All Night Radio.

[Scher explains All Night Radio's inspiration further,] "It's something a little extra, a little more supernatural coming out of your radio. It would involve a blending of sound sources and time periods, even the imaginary things," says Scher. According to him, this energy is all around us, broadcasting in a steady stream 24 hours a day; it is up to the listener to tune in and harness the energy.

"We're going off of a different paradigm than most groups," Scher says. "We wanted to make a sound coming through that would pick up a bit of everything. It would come through us. Jimi and I try to dial it in."

Hearing Scher talk about the band's inspiration, one might think he and Hey are mere vessels of sound, automatons acting on executive orders. But, Scher explains, "It's an act of creation. We are weaving from the fabric of this romantic space and time. It's an idea that we record." [Riverfront Times - March, 2004]

Since that interview, Scher's Sub Pop-signed All Night Radio broke up, in 2004, and Scher's kept busy with numerous guest appearances and back-up band stints. Those include playing with Jenny Lewis, Interpol, Elvis Costello, Jonathan Rice and Vetiver. In 2008 Beachwood Sparks got back together for some shows including Sub Pop's 20th Anniversary Festival and NYC-area gigs at Bowery Ballroom and Maxwell's.

In 2008, Farmer Dave collabed with Jenny Lewis on her latest disc, Acid Tongue, and toured with the singer as part of her band. This year he'll be opening a portion of Lewis's summer tour dates , as she treks across the US into July. Scher (and Deer Tick) will open Lewis's sold out Music Hall of Williamburg show on June 9th.

That conveniently segues into a reminder that Jenny Lewis is playing a free July 4th show at Battery Park with Conor Oberst.

All Farmer Dave tour dates, with a video of Scher singing backup on Lewis's "Acid Tongue" live, below...