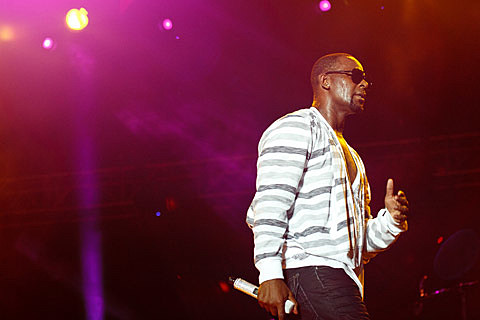 We recently mentioned that Saintseneca (and other local artists) dropped off Columbus, OH's Fashion Meets Music Festival due to R. Kelly being booked as a headliner. The festival continued to receive backlash, including local radio station WCBE recently withdrawing as a sponsor. Turns out the backlash actually achieved something though. The festival posted the following:

FMMF and R. Kelly have decided to part ways. We appreciate the ongoing support of our Festival partners and look forward to kicking things off next month.

USA Today points out that R. Kelly's publicist issued the following statement: "R. Kelly is sorry to disappoint his fans but looks forward to seeing them in the near future during one of his upcoming tours."

This followed a June 25 Columbus Alive article where festival co-founder Bret Adams was quoted saying, "He's a nationally known name. He was not convicted of anything. He was acquitted," followed by, "We're running a festival to help brand the city of Columbus. We're not the morality police."

R. Kelly previously performed at the 2013 editions of Pitchfork Festival and Bonnaroo.