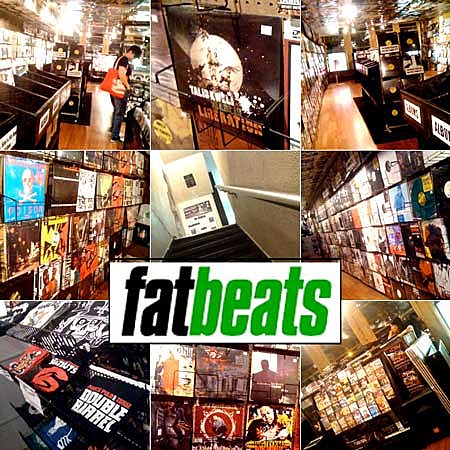 After 16 years, Fat Beats has announced the closing of the legendary label's two remaining retail locations in New York and Los Angeles. Fat Beats will celebrate the legacies of the stores, which are scheduled to close in early September (New York: September 4th, Los Angeles: September 18th) by throwing a series of blow-out sales and tribute parties open to the public during their last weeks. Fans can check www.FatBeats.com for updates.

Fat Beats' longest running and most famed location is at 406 Avenue of the Americas in Manhattan. Since the 1994 opening of Fat Beats' flagship retail location, hip-hop fans have traveled far and wide to visit the iconic store. With locations soon following in Los Angeles (7600 Melrose Ave.), Atlanta, Amsterdam, and Tokyo, the record stores were a place to experience hip-hop culture and its legacy, which became a global phenomenon. "The closing of Fat Beats is just like one of my friends passing away. They promoted vinyl at its highest degree for the culture of good music and that makes it more difficult to say goodbye," says DJ Premier.

I should have asked my job to pull out pre-tax dollars for Fat Beats back in the day; I used to EMPTY my pockets there on a weekly basis. The Fat Beats label and distro will live on, but the retail store is sadly no more. More on those "tribute parties" soon, but until then, long live Fat Beats!