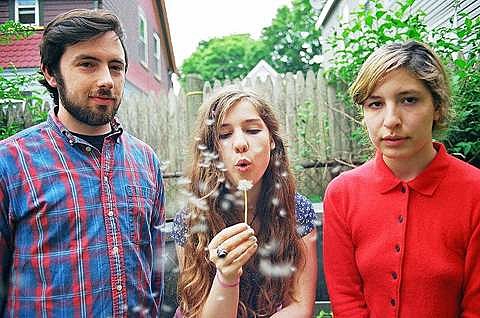 Boston's Fat Creeps have been playing around their hometown a bunch since forming in 2011, and this month they're set to kick off their first-ever tour, which brings them for a quick four-date trek around the Northeast. That tour culminates in NYC with a show on September 30 at Cake Shop with Old Monk, The Blue Dress, and Other Factors. Admission is $7 at the door. All dates are listed below.

Fat Creeps released their debut EP last month, which you can stream below or purchase for $5 at bandcamp. It opens with "Secrets," a rocker indebted to early riot grrrl and Kim Gordon, but after that the EP continues in a less heavy manner, playing indie rock the way it sounded on college radio stations about two decades ago. It's an enjoyable listen and should appeal to fans of likeminded '90s throwbackers Dum Dum Girls, The Pains of Being Pure at Heart, and other pieces of the Slumberland roster.

A list of all dates and the EP stream are below.