NOFX may be coming to an end, but Fat Mike remains busy with his production career, Fat Wreck Chords, and now also his new project Codefendants, a multi-genre collective that also features Get Dead vocalist Sam King and rapper Ceschi. They've got an album due in 2023, but first they've got a split 10" with Get Dead out now on streaming services with vinyl shipping soon. It's got two songs by each band, Codefendants' "Abscessed" and "Suicide by Pigs" and Get Dead's "Safe Places" and a new mix of "Pepperspray," and all four tracks are pretty awesome. Check them out below.

To hear even more from Codefendants, you can send $7 to PO Box 20496 NYC NY to get the band's demo tape shipped to you. They also just finished filming a five-song video series that will be available at thisiscrimewave.com that will feature rap legend The D.O.C., N8NOFACE, 2Mex, and Bad Cop/Bad Cop's Stacey Dee.

Speaking about the Codefendants album, Fat Mike says, "Get ready for the best aural sex of your life."

Meanwhile, NOFX's new album Double Album arrives December 2 and the band is planning a farewell tour for 2023 and 2024. Stay tuned for more on that. 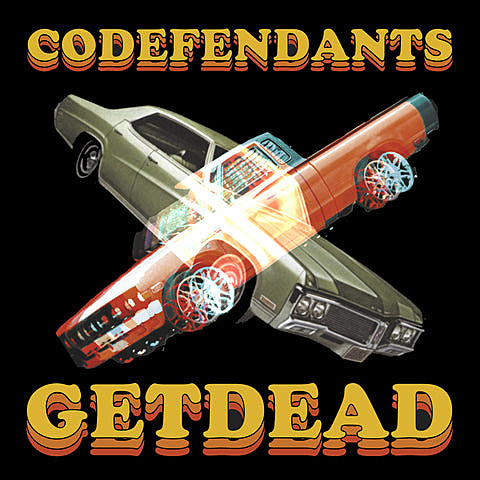