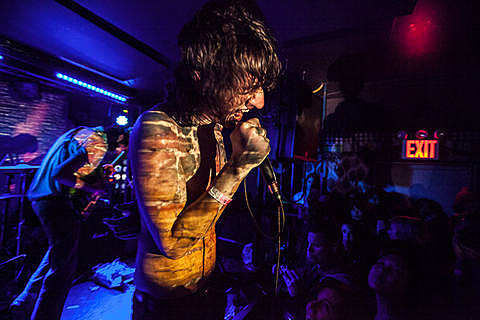 Fat White Family are coming back to the U.S. next month for SXSW. After they're through with Austin, they'll begin a full tour of North America. Much of that is a co-headlining trek with Dilly Dally, including two NYC shows: Baby's All Right on May 2 and Le Poisson Rouge on May 3. Tickets for those two NYC shows go on sale Friday (2/12) at noon. All dates are listed below.

The band's new album, Songs for Our Mothers, came out last month you can stream that via Spotify below.