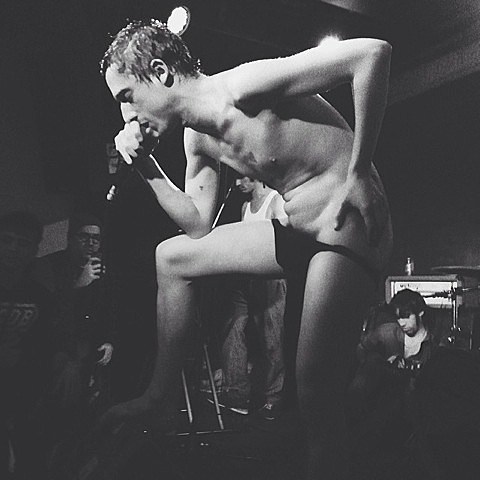 This weekend in NYC was a good opportunity to see foreign bands strip down to next to nothing (or less). UK heathens Fat White Family stormed the city this weekend, leaving a trail of clothes, sweat and other bodily fluids across three shows. By all accounts, the Friday (3/21) show at Pianos was the wildest, with frontman Lias Saoudi, not unlike Lux Interior or Iggy Pop, going full monty and the band generally tearing things up. (The instagram above is from Pianos.) At Saturday's Union Pool show (3/22), pants stayed on but when the bassist's instrument broke, all hell (aka the drummer) broke loose and leveled the stage. Then last night (3/23) the band played Shea Stadium...anybody go to that one? While no longer video clips from those shows have surfaced, you can watch a full show from SXSW where things got pretty demented. 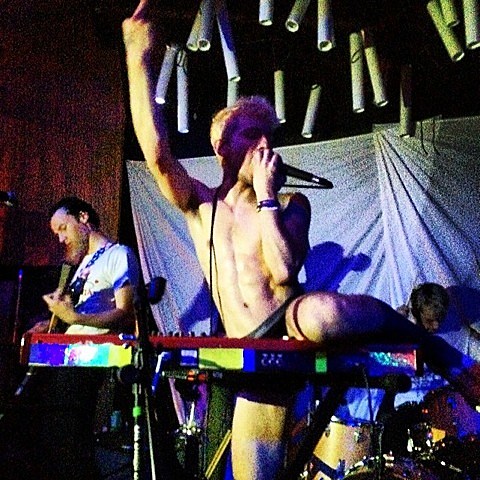 Meanwhile, at last night's sweaty La Femme show at Glasslands, frontman Sacha Got ended up performing in Speedo-like skivvies by the end of show, though their set was definitely on the more innocent side (but no less crazy).

We also caught both bands at SXSW, and liked them there too. Videos, and another instagram from the Fat Whites' Pianos show, below.. 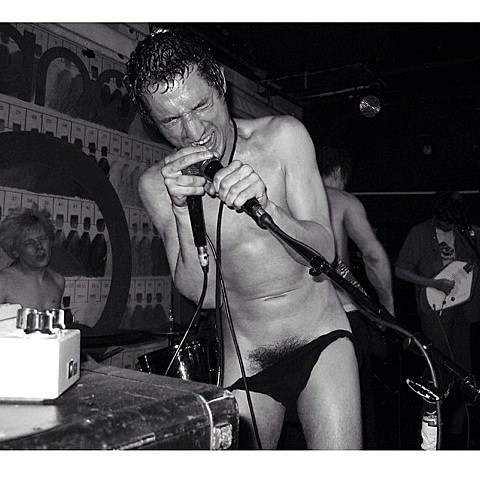