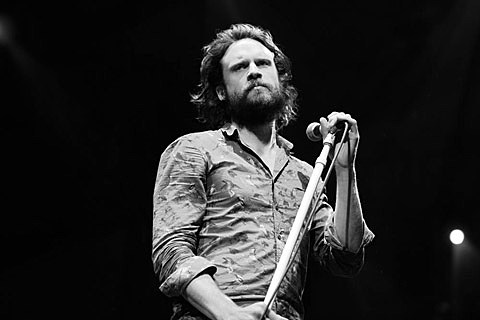 We knew that Father John Misty was quickly moving up in the world, but after his sold out Webster Hall show, he decided to scale things back a bit by announcing a tour with Adam Green & Binki Shapiro and Jessica Pratt (Adam Green & Binki Shapiro dropped off) which brings him back to the NYC-area for a more intimate show on May 17 at Maxwell's, the day before FJM plays The Great GoogaMooga in Prospect Park. Not surprisingly, that show is long sold out (and so is GoogaMooga), but Father John Misty has expanded his tour to include his largest headlining show in NYC yet, Terminal 5 on July 24. Dream poppers Wild Nothing will be providing support at the show. Tickets for that one go on sale Friday (4/26) at noon with an AmEx presale starting Wednesday (4/24) at noon.

Updated dates are listed, along with some videos of Father John Misty's set at Coachella yesterday (4/21), below...