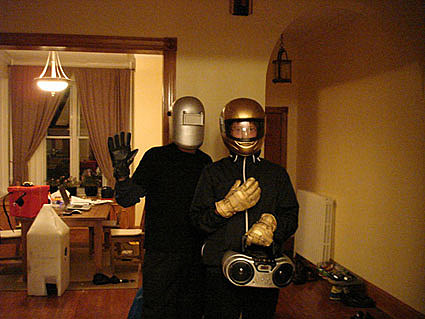 I'm sure you already know that Daft Punk recorded their 1st show on this latest string of live dates at the Paris Bercy back in June. I'm also sure that you know that Daft Punk just released this recording as Daft Punk Alive. What you might not have known (if you didn't read the live webchat on Wednesday) is that the INSANE (TOGETHER!) mashup that DP play as their encore is not included on Alive. It is available on the deluxe edition which is $15.99 here. And to celebrate....

Celebrate the release of Daft Punk's Alive 2007 lp at Brooklyn's Studio B on Friday, December 7, 2007. The all night dance party will feature an extended set from Faux Punk, the world's best/worst/only Daft Punk cover dj crew, whom will spin Daft Punk music, remixes and surprises throughout the evening. There will also be tons of Daft Punk giveaways and prizes to be won!

Note: I'm not in Faux Punk and I won't play a single Daft Punk track, but I'll (David Bruno) definitely be doing a special set for this party and it will be mental.

CONTEST 1: The robots in Faux Punk have granted us the power to award 2 pairs of tickets to the release party. Email BVCONTESTS@HOTMAIL.COM (subject: PUNK) with your name. Two randomly selected names will be selected Thursday December 6th.

CONTEST 2: The rad doods from Fixed (JDH + DAVE P) have given us two pairs of tickets to the next edition of Fixed with Tiefschwarz on Saturday December 8th at Studio B. Email BVCONTESTS@HOTMAIL.COM (subject: FIXED) with your name for that random drawing. Same deal, Thursday winners will be emailed. 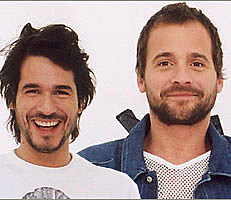 Tiefschwarz are two brothers from Germany that have been making house music since they were born. I first heard of them when they were putting out sublime deep house cuts around 1997 or 1998. Around 2002 - 2003, their sound turned a bit bigger, more electrofied, slightly insane, and clubby. They blew up. They also most likely influenced a lot of the crunchier music you are hearing in clubs these days (and your sweethearts Justice). You have no doubt caught drift of their remixes for Goldfrapp, The Rapture, Depeche Mode, Kelis, Freform Five, and their own massive tracks including "Warning Siren" with Mattie Safer from the Rapture on vocals. Party starting is not something Ali and Basti are opposed to... -David 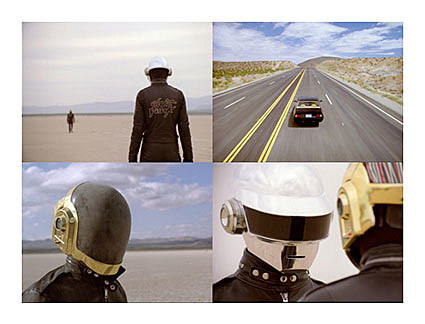 Tickets are also on sale for two screenings of Daft Punk's film Electroma at Music Hall on December 22nd (you may have seen it already in August). The NYC shows are part of a movie tour. All dates, the trailer and a lot more pictures of people dressed like Daft Punk, below.... 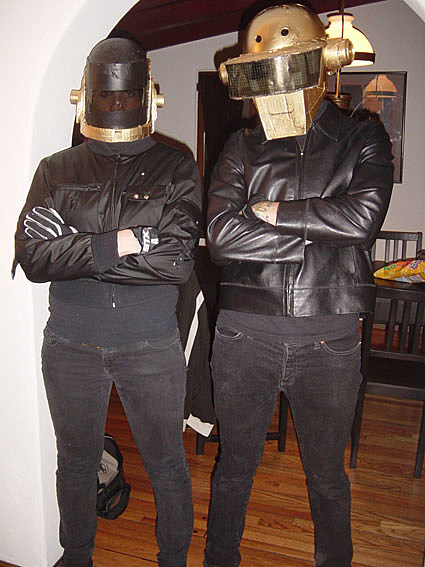 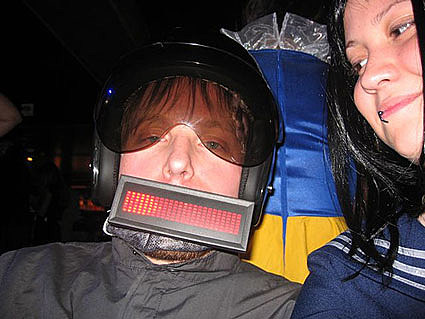 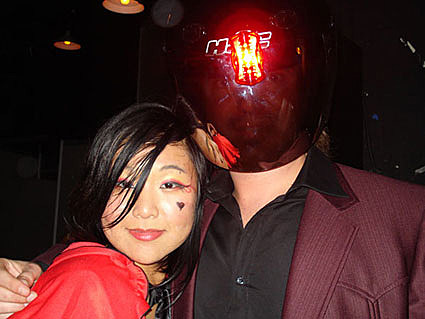 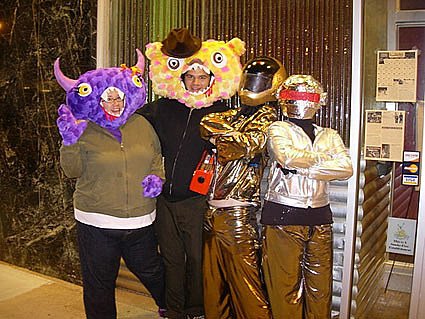 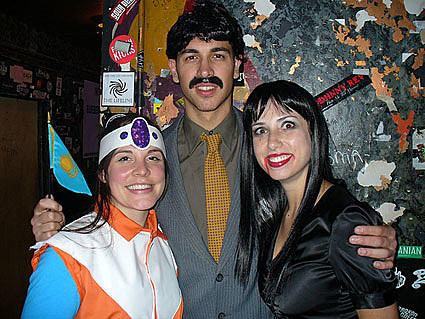 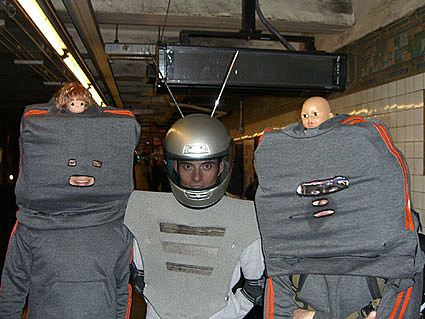 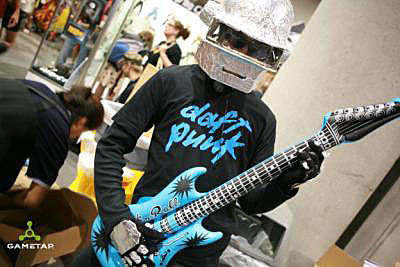 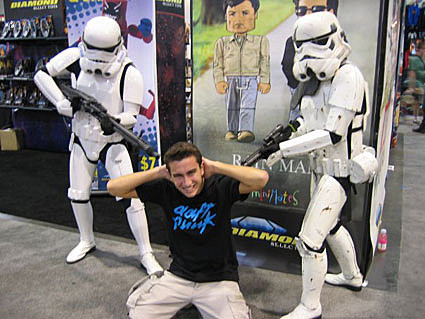 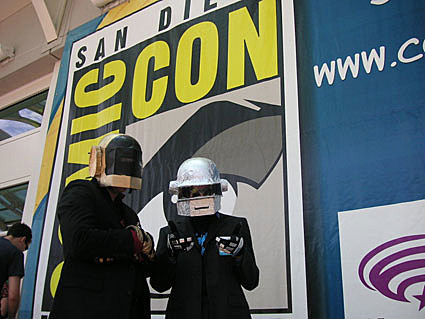 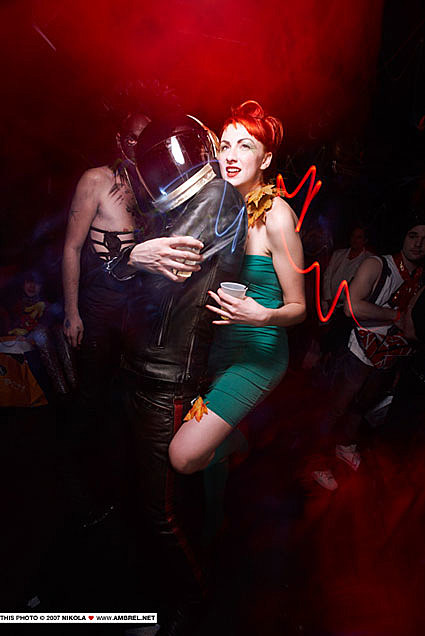 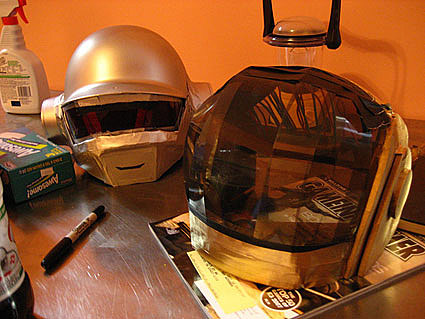 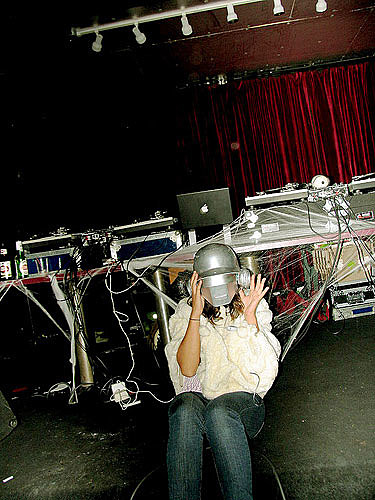 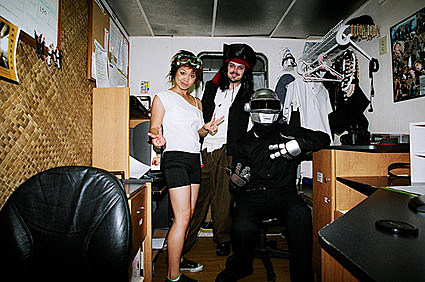 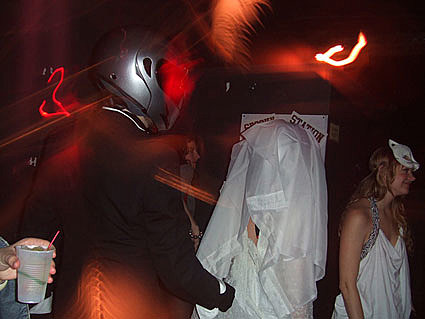 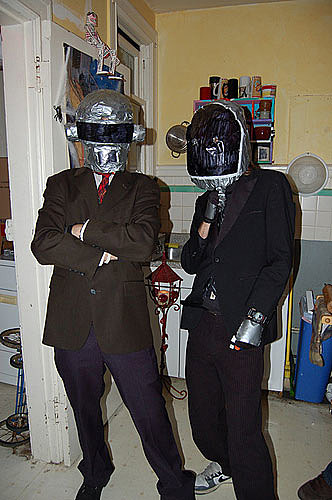 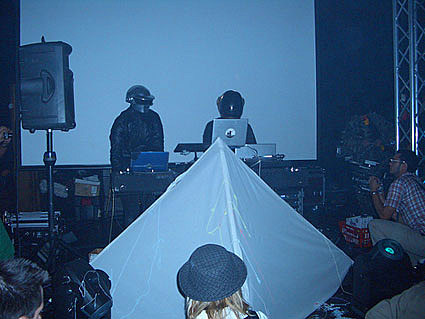 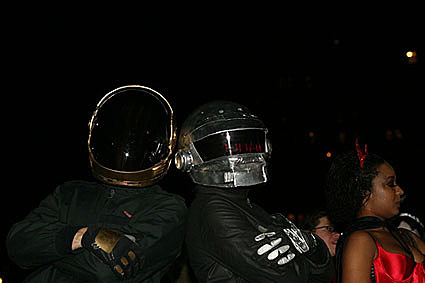 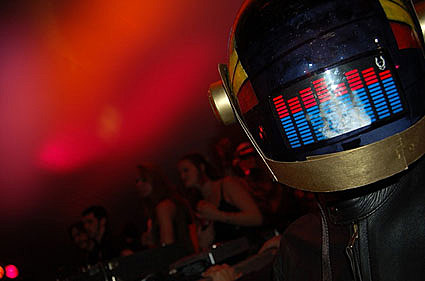 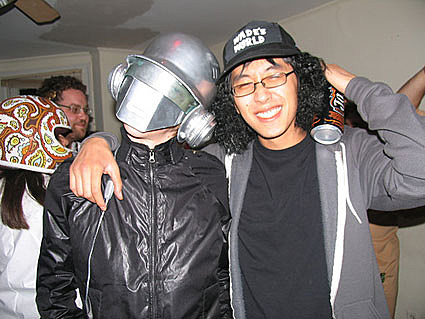 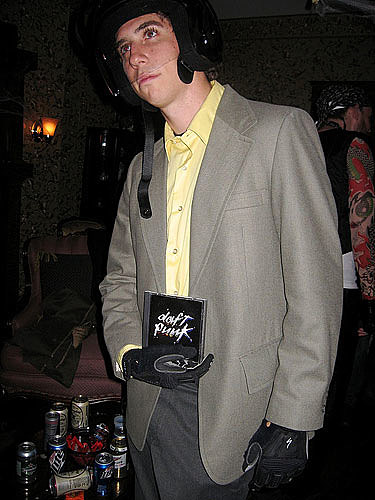 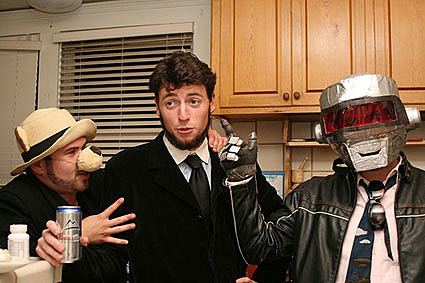 BONUS: someone NOT dressed like Daft Punk (nsfw screen from Electroma)

Here's what's going on this weekend.

The whole transcript of Daft Punk's recent webchat is in the comments HERE.