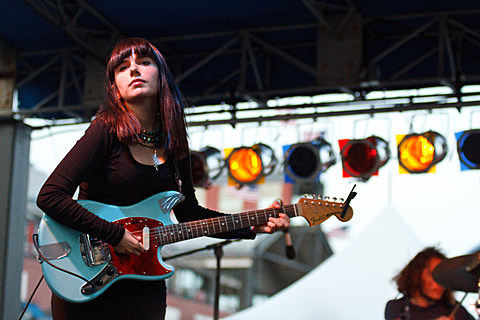 UK group Fear of Men have announced details of their debut album, titled Loom, which will be out April 22 via Kanine Records. The first track released from it, "Alta / Waterfall," manages to be driving, ringing and ethereal simultaneously, with Jessica Weiss' lovely voice gliding atop. It's got a little more backbone than anything they've released before, and you can stream it below.

The album will have a special coloured-vinyl edition available a few days earlier for Record Store Day (4/19). The band were last in NYC back in June. No word on North American dates as of now. Check out album art and track list, along with the new song, below.