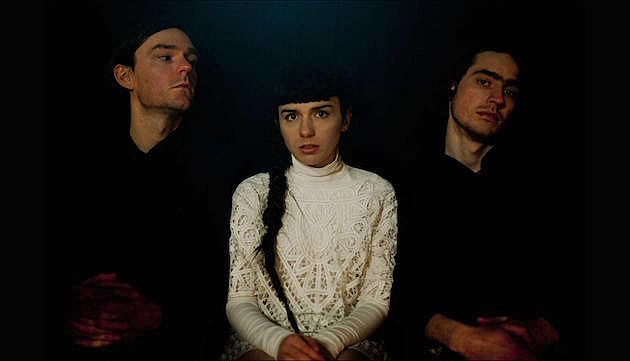 UK group Fear of Men have announced details of their new album, which is titled Fall Forever and will be out June 6 via Kanine. (Pre-orders are available now.) The first single is "Island," which finds the band's sense of delicate dynamics still in fine form, with an E-bow'd guitar line snaking through the whole song. You can stream "Island" (via NPR), and check out the album art and tracklist, below.

The band will be in the U.S. soon for SXSW, including BrooklynVegan's free Saturday (3/19) day party at Cheer Up Charlies.  Full lineup announced soon, stay tuned. After SXSW they'll play NYC's Rough Trade on March 22. Mercury Girls will open that show and tickets are still available.

All Fear of Men SXSW appearances are listed, along with a 2016 tour poster and the new song stream, below.