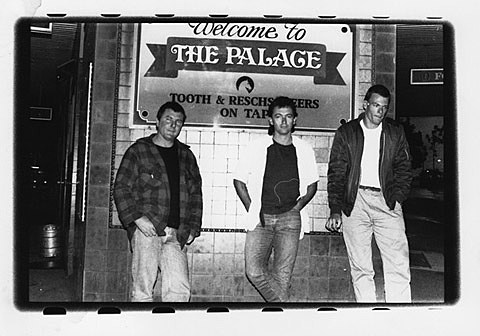 feedtime was an independent postpunk rock trio from Sydney, Australia, formed in 1979... [who] made four albums in the 1980s... The second album, Shovel, received the greatest critical acclaim. The last of these four albums, Suction, was produced by Butch Vig.
feedtime's sound was loud, primitive, and brutal. The most distinctive musical element is thick, roaring electric guitar, played with a slide, over a thick, chugging rhythm section. Their loud but stripped-down, minimalist approach led them to be compared to the British postpunk band Wire (although feedtime didn't know Wire's music), but feedtime's sound also heavily referenced rural American country and blues. -[Wikipedia]

feedtime called it quits in 1989, reunited briefly in 1996, and has reunited again for a round of shows which are all listed below.

The dates include a trio of NYC area gigs: Brooklyn gets Death By Audio on 3/29, Manhattan has Cake Shop on 3/31, and NJ gets the look at Maxwells on 4/1. Advance tickets are available for Maxwell's.

The tour is timed to coincide with the release of their new 4xLP/4CD boxset, the Aberrant years, due on March 13th via Sub Pop. Order yours.

"With the Aberrant years, Sub Pop finally realizes our goal of releasing feedtime, a longtime staff favorite and a huge influence on the label's early artistes. From 1978 or 1979 (dates are hazy) until the breakup of their classic lineup in 1989, Sydney, Australia's feedtime--no, that's not a typo, the 'f' is lowercase--shoved their mutant fusion of early American blues, stripped-down hard rock and minimalist punk on an often-hostile music scene. Their raw vision of rock music and disdain for trendy music-biz maneuvering earned them little in the way of mainstream success, but it did get them a rabid underground following (notably Sub Pop's very own Mudhoney) and the support of seminal Aussie indie label Aberrant Records, Amphetamine Reptile Records and Rough Trade US...."

All tour dates, including some shows with Mudhoney, are listed along with some videos and a bunch of songs you can listen to (thanks to a Soundcloud mix compiled by Mark Arm), below... 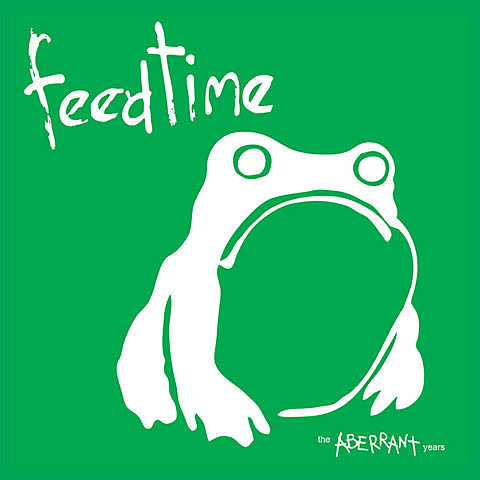