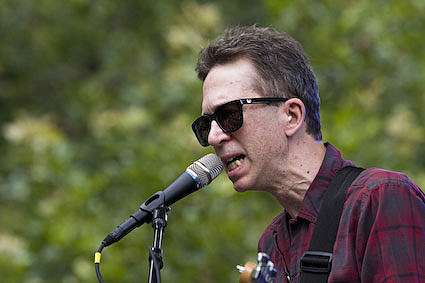 Feelies have added a 3rd Maxwell's show to the two that were already planned for the venue on July 3rd and 4th. The additional gig will happen at Maxwell's on Thursday, July 2nd. Tickets to that show are on sale. Tickets to July 4th gig are still available too. July 3rd is sold out.

Feelies are scheduled to play their 1980 album, Crazy Rhythms, in full at ATP NY on September 11th.

Before that, Feelies will open the Whitney's Dan Graham Retrospective music series on June 26th with a special acoustic set.

That Whitney series had a "TBA" listed for the Friday, July 24th show with YellowFever. The "TBA" band will in fact be Woods who fit in perfectly with rest of the bands playing the museum that month... Vivian Girls, Titus Andronicus, etc.. 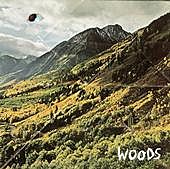 Other upcoming Woods shows include July 15th at the Bowery Ballroom with WAVVES', and the Woodsist/Captured Tracks Fest happening July 3rd and 4th at 979 Broadway Backyard in Brooklyn. Woods member Jeremy Earl is also head of the Woodsist label (whose roster includes WAVVES).

Woods will also be at the Saturday, June 13th Northside Fest show at The Shank. That Woodsist-friendly bill also includes Kurt Vile (and the Violators), who was on the label and recently signed to Matador, Grooms (ex-Muggabears) (also playing the Whitney), Pygmy Shrews and Blues Control.

Woods' own new full-length, Songs of Shame, was co-released in April by Woodsist and Shrimper Records.

Blues Control's 2007 disc Puff came out on Woodsist; their new LP, Local Flavor, is out July 14th on Siltbreeze. The record includes a guest contribution by Kurt Vile on trumpet and acoustic guitar. And the Northside Shank show isn't the only Vile/Blues Control show coming up. The two bands will share a NYC bill twice in August - at Cake Shop and Silent Barn.

More info on those gigs, plus all Woods and Blues Control tour dates, with album info, below... 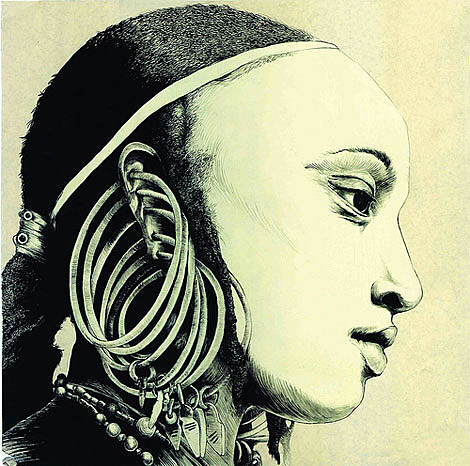