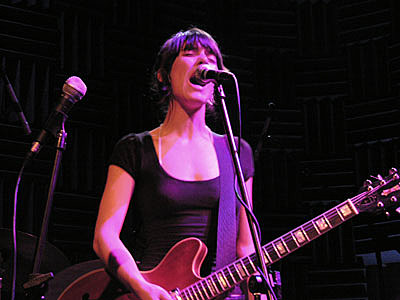 Leslie Feist played NYC (Tuesday March 22nd, 2005) for the first time since she released Let it Die as Feist. It was also the first time she ever played two shows in one night in one city (the photos in this post are from the early show).

Her band, though you wouldn't know it by my pictures, consisted of three guys. One was on drums. The other two switched between horns, keyboard, piano, etc.. Leslie plays a guitar while she sings.

Let it Die is a pop masterpiece (in my uneducated opinion). Some might file the CD under "adult contemporary," but don't file Leslie there, or at least that's what I felt she wanted to get across at Joe's Pub (the ultimate adult contemporary" venue). For starters, she expressed her displeasure at performing in a venue where people were eating. She was further disappointed when the crowd didn't do much, but stay in their seats, arms folded...and eating. Further proof of this would be the songs she chose to perform. I wasn't actually counting, but I'm pretty sure less than half her set was from Let It Die. She wasn't exactly playing Broken Social Scene or Peaches tunes either, but she definitely jumped all over the genre map. The map included a cover of a Ron Sexsmith song. The encore was the Bee Gees cover that IS on Let it Die.

I loved the show and felt really lucky to be there. I'll be there again when she opens for British Sea Power at Bowery Ballroom on May 14th and 15th (2005). Now (or when you're done here) proceed to Tofu Hut for the most awesomest Feist post I ever read...with a review of the late show, rare downloads, links and the most thorough history of Feist I ever read. 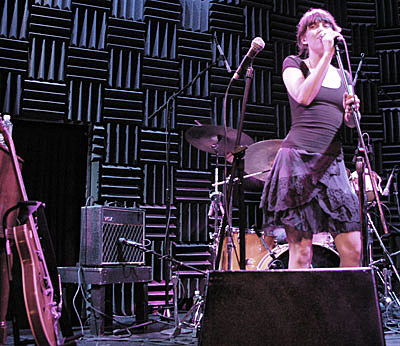 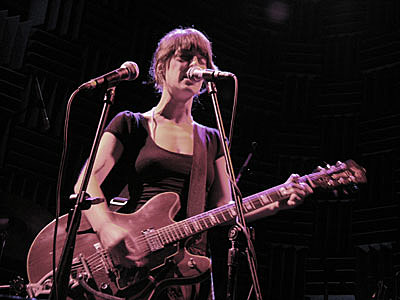 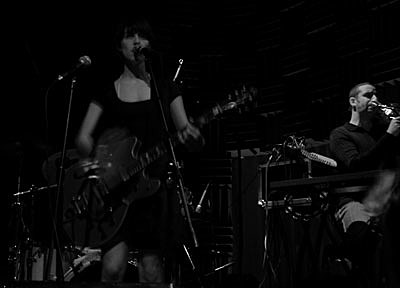 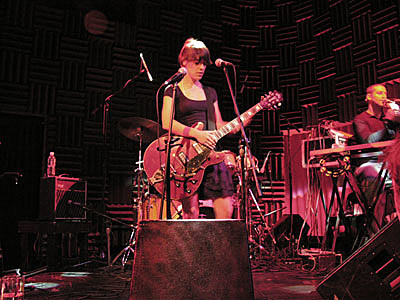 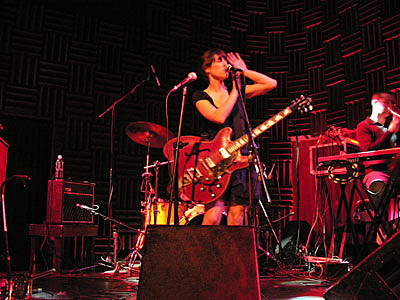 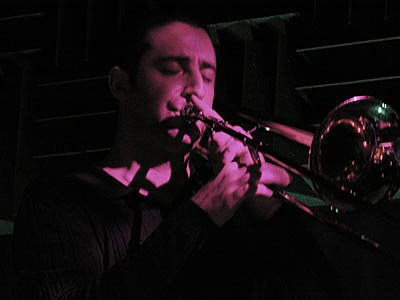 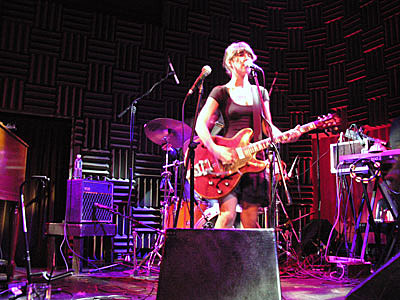 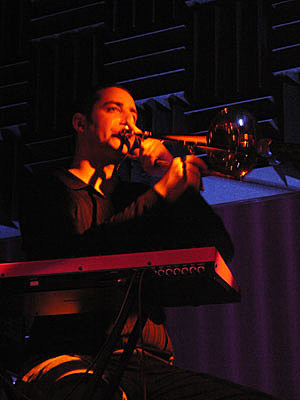 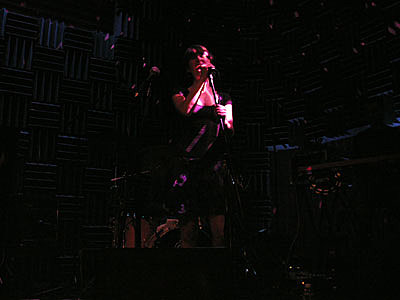 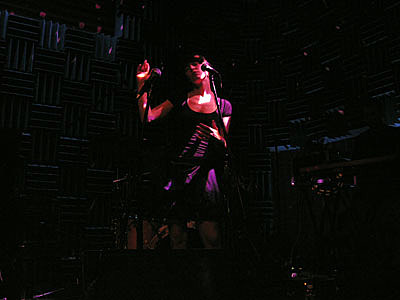 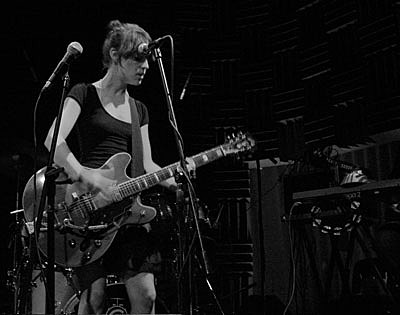 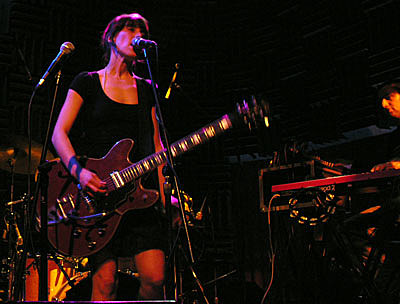 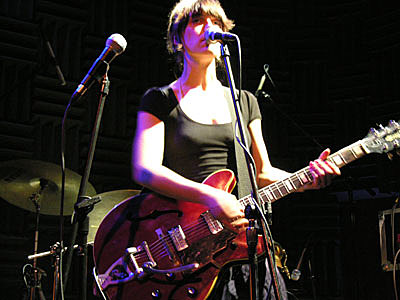 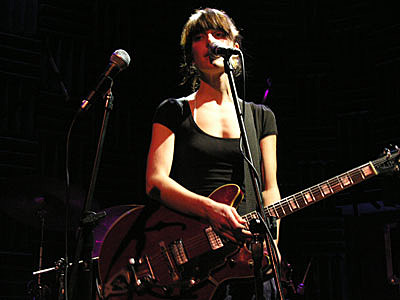 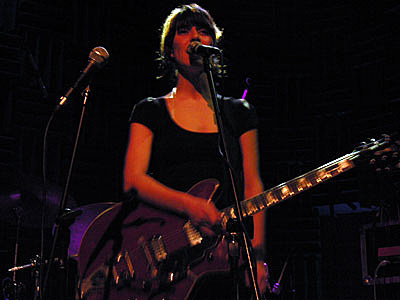 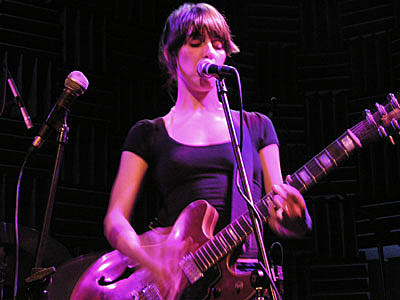 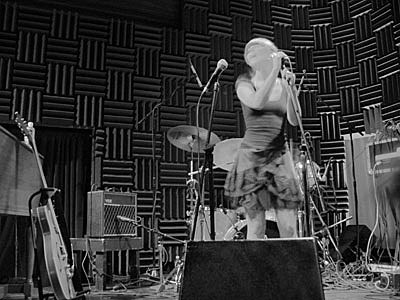 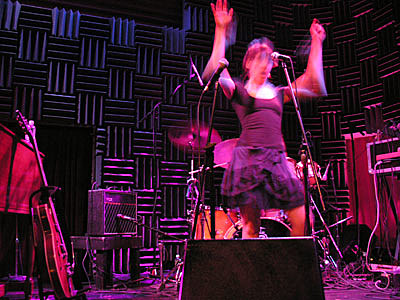 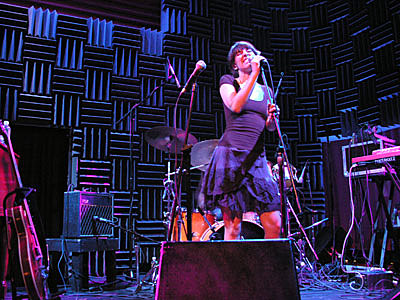 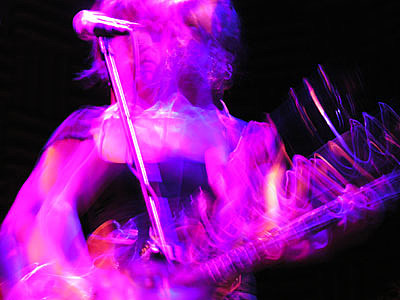