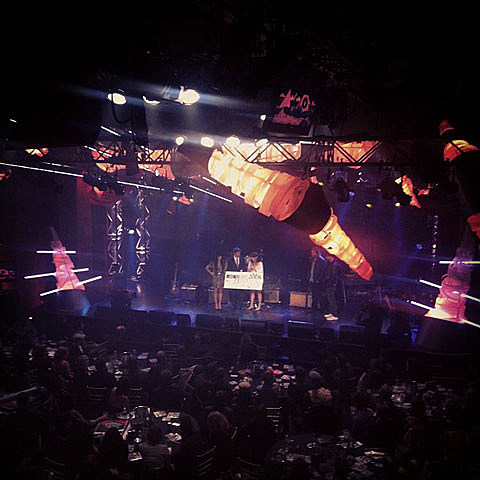 BV photographer Dominick Mastrangelo headed straight from Pop Montreal to Toronto today to witness the 2012 Polaris Prize gala where Feist was just announced as this year's big Canadian winner (for her album "Metals"). She beat Cadence Weapon, Cold Specks, Drake, Kathleen Edwards, Fucked Up, Grimes, Handsome Furs, Japandroids, and Yamantaka // Sonic Titan, many of whom performed at the awards show tonight. Stay tuned for more pictures from that (and for the rest of our Pop Montreal coverage coming soon too).

Update: a much closer-up picture of the above scene, members of Arcade Fire included, below... 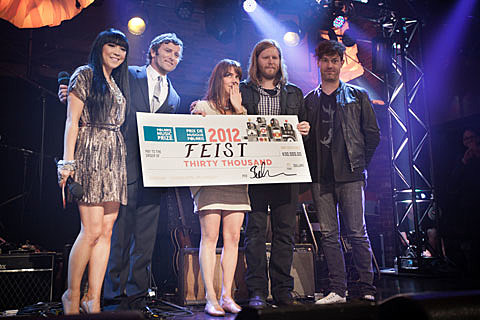