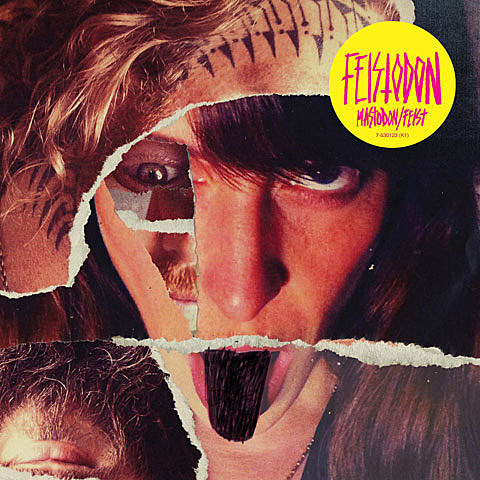 Feist will release her much anticipated collaboration with Mastodon exclusively for Record Store Day on April 21st on Cherrytree/Interscope/Reprise. The split single, being touted as Feistodon, will be released as a limited edition 7" and features Feist covering Mastodon's "Black Tongue" and them returning the favor to cover Feist's "A Commotion."

"I'll wear armor and hold up a sword and stand out front of the independent record shops and just protect them," Feist tells Rolling Stone.

Feist goes on to say "'Black Tongue" is speaking in my kind of elemental language - about diamond and earth and sky. It's all just in a language that I already sort of speak lyrically. It was pretty easy to climb into that one."

Mastodon guitarist Bill Kelliher says of Feist's "A Commotion" from 2011's acclaimed Metals (Cherrytree/Interscope): "It's very haunting the way that she sings, 'I cut off my tongue.' This dainty girl singing these brutal lyrics. It kind of sent chills up my spine when I heard it....For me it's much more atmosphere - creating my version of what metal is."

Check out pictures from Masotdon's recent show at Roseland and look for a copy of Feistodon at a record store near you this Saturday.