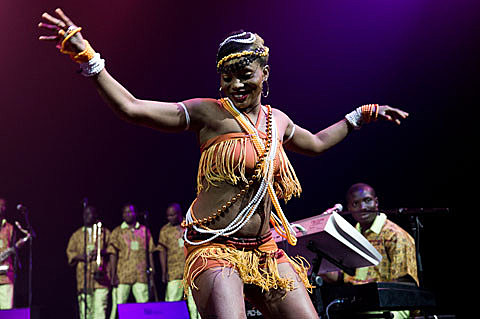 New Year's Eve is just around the corner. We've already mentioned a few options of ways to celebrate in NYC, and here's a few more. Fela Kuti will be celebrated at Knitting Factory (12/31) with The Fela! Band and Rich Medina. Tickets for that show are on sale now.

A similar celebration goes down at SOB's, where Fela-inspired afrobeat band Antibalas will be ringing in the new year. They're doing one show on 12/30 and then THREE shows on New Year's Eve (8 PM, 10 PM, 12:30 AM). Tickets for all four are on sale now.

For punk, you can catch Murphy's Law at Trash Bar with Urban Waste, Dead Serious and Zombie Fight or No Statik at Acheron with Nomad, La Misma, and Grudges.

If you're not in NYC, catch Screaming Females and Swearin' in Philly, Baauer in Philly, Danny Brown and Flatbush Zombies in San Francisco, Melvins and Mudhoney in San Francisco, The Breeders in Austin, Death in Chicago, Washed Out in Atlanta, or Run the Jewels in Raleigh.