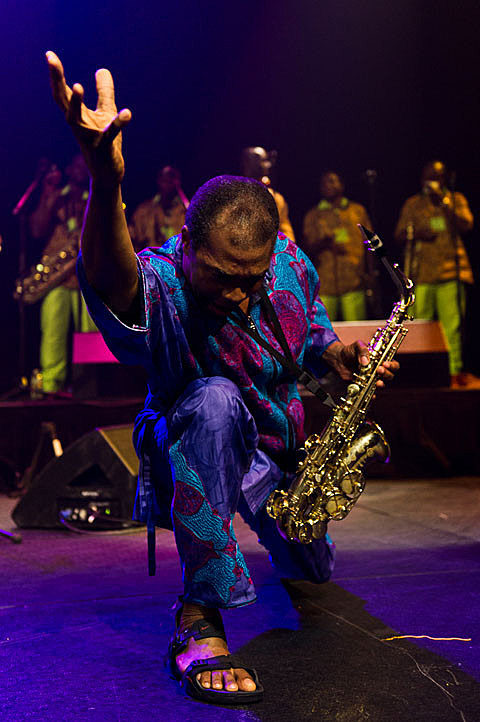 Afrobeat authority Femi Kuti and his band The Positive Force are slated to tour the US in 2013. That tour kicks off in the beginning of January, and will hit NYC on January 26 at Webster Hall. Tickets for that show go on AmEx presale today (10/17) at noon with a general on-sale starting Friday (10/19) at noon.

Femi and co.'s most recent album, Africa For Africa, was released in 2010 in the UK and France, and in 2011 in the US. You can take a listen to that album in its entirety, via Spotify, at the bottom of this post.

In related news, Fela Kuti is being celebrated in NYC during CMJ with a show on Thursday at Littlefield with EMEFE, Mokaad, The Funk Ark, The Rainbow Children, and DJ Monk-One. Tickets for that show are on sale now.

In more related news, Brooklyn's Antibalas (a band modeled after Fela's band) has some upcoming dates this December, culminating ina hometown show on December 14 at Brooklyn Masonic Temple with Red Baraat. Tickets for that show go on sale Friday (10/19).

Lists of all known Femi Kuti tour dates, all Antibalas dates, and a stream of Africa For Africa are below.