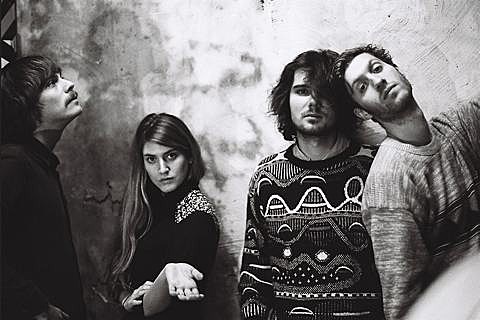 Berlin/NY quartet Fenster will release their new album, The Pink Caves, via Morr Music on March 4. Like most artists on Morr (The Notwist, Lali Puna), the band incorporate electronics in a very organic way, making for earthy pop and the new album is spare, warm and quite lovely. You can stream "Mirrors" and watch an album trailer, below.

The band, who've been quiet since 2012, will kick off a North American tour with a record release show on March 4 at Brooklyn's Shea Stadium with A.M. Gems & Imaginary Friends. That tour will take them to and from SXSW. All dates are listed below...