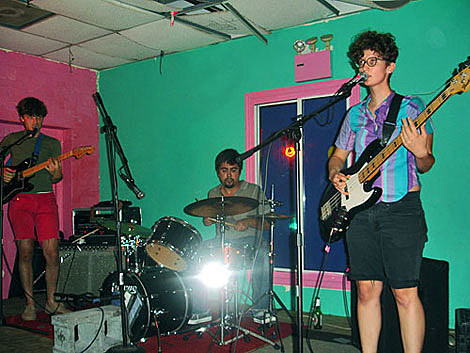 There are a lot of out-of-town bands I'm looking forward to seeing this weekend, and luckily they're all playing more than once, and many are sharing the same bill.

First is Austin duo Yellow Fever who I have caught a few times in the last year and they are really something special I think. I wrote this the first time I saw them: "Their sound couldn't be more spare -- usually just drums, the simplest guitar (often just single notes, not chords), and Jennifer Moore's understated, kinda haunting voice. It's that space in between the instrumentation that makes them so special. It's a little bit like Young Marble Giants if Beth Orton was the singer instead of Alison Statton." My only complaint would be they are slow on releasing records, but I look forward to hearing new stuff from them while they're here. They played last night at Death by Audio, where Vivian Girls said this via Twitter: "Yellow Fever were amazing tonight! Don't miss their other NYC shows this week." So, yeah, don't miss 'em -- you've got four more chances, including tonight at Cake Shop. All dates HERE. 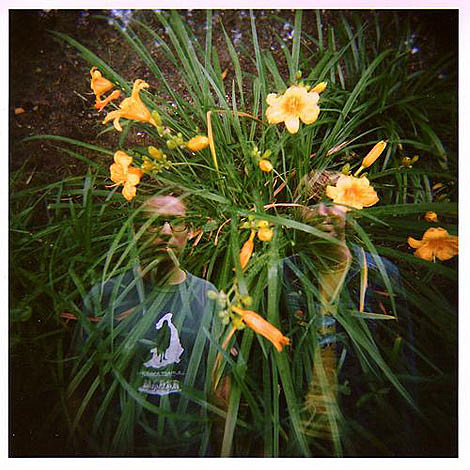 While we're in the Lone Star state, let's talk about another duo, Fergus & Geronimo, who are from Denton, TX and are playing two NYC shows this weekend. Andrew Savage and Jason Kelly are also in such Denton bands as Wax Museums and Teenage Cool Kids respectively, bonded over a love of '60s pop, Motown and psych-rock (a Texas specialty). Those influences come through loud and clear in their music, most of which is, at this point, only available on their MySpace, which was enough to get interest from Tic Tac Totally, Transparent, and Woodsist all of whom will be putting out their records. The Woodsist 7", "Harder Than It's Ever Been," is out now and you can download the A-side at the top of this post. It's a 1:47 pop gem, one of the best of its kind since Box Elders' "Hole in My Head." This is super-catchy stuff, and I'm really looking forward to seeing them this weekend.

Fergus & Geronimo, who are a five-piece when they play live, are at 92 Y Tribeca on Friday (7/24) with Crystal Stilts, Portland's Little Claw and Memphis' Magic Kids who I'll get back to in a second. They also play Saturday (7/25) at Market Hotel, also with Magic Kids, as well as YellowFever and the ever-present (and very good) Beets (who have a tour coming up with the Vivian Girls). Tickets are still on sale for Friday's show. 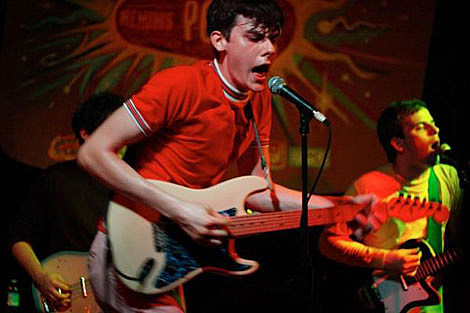 Now onto Magic Kids. They're from Memphis and I first heard of them from a MySpace bulletin from Girls who played a show with them and enthusiastically raved about them. There's not a lot of bio info out there, but there seem to be a lot of them, and they clearly love '60s pop: Beach Boys, The Association, Tommy James & the Shondells, etc. The band have a record coming out sometime on Goner (home to Ty Segall and Box Elders and others) and you can download their single "Hey Boy" at the top of this post. They play Cake Shop tonight (7/23), that 92 Y Tribeca show tomorrow (7/24) and Market Hotel on Saturday night (7/25).

Personal and the Pizzas 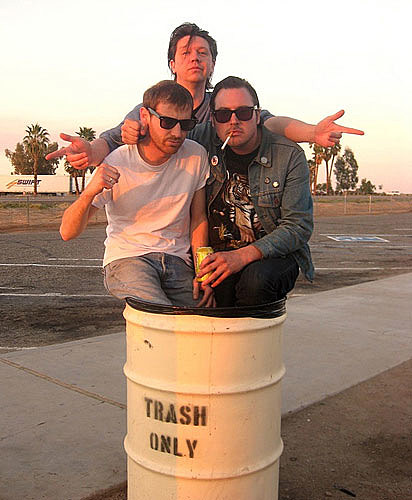 Also this weekend we've got a couple West Coast bands, both of whom love a good slice, neither of whom seem to mind a little extra cheese, and they play together at Silent Barn on Friday and Cake Shop on Saturday.

Looking like greasers and sounding like New York 1975, Personal & the Pizzas originally hailed from New Jersey but now seem to call San Francisco their home. I'm not sure that there's a whole lot you need to say about these guys, you see their name you hear one song and you kind of know whether you're gonna like it or not. Maybe not for a whole album, but tracks like "I Don't Wanna Be No Personal Pizza" or "Brass Knuckles" would add flavor to any mix, and you just know they'll be fun live. Pizza Slayer interviewed them:

PS: Do you have pizza at all your shows? How does it enhance the experience?

P&P: Everybody loves the pie!! We probably order it like half and half..we're usually pretty broke so it's kinda hard to shell out like 70 or 80 bucks just for the love of it, but we'll do it. We don't care. Everyone loves Pizza and Pop. One time we was all dressed up in haWaiian shirts and coconut tits and all, and then we ordered some a them hawaaiian pizzas and then that delivery chic delivered the pies to us while we was playin with them shirts on and and she didn't know what the hell was goin on.

Meanwhile, Coconut Coolouts are from Seattle and feature not one but two stand-up drummers which would be enough to get me to the show. That and their songs are a lot of fun, sort of bouncy party garage rock and I'm pretty sure they have more songs about Pizza than P&Ps do. For a little more on them, I defer to my blog source for Seattle, The Finest Kiss:

The Coconut Coolouts remind me of the Nuggets box set, where there are so many great bands with seminal songs on those cd's that I had never heard, it's hard to believe that the bands weren't bigger than their regional popularity. The Coconut Coolouts will likely be on on a Nuggets comp sometime in the year 2040 and people will be wondering why they had never heard of these guys with classics like Spinaround, Coconut Weekend, Party Jail and Stickup. Apparently they sometimes dress in banana costumes for gigs, no bananas were on stage but they were throwing out lifesavers saying they were acid.

Personal & the Pizza and Coconut Coolouts have a split tour "Pizza Army" 7" that you'll wanna pick up at the merch table. Both NYC shows and a bunch of their other tour dates are with Tyvek. 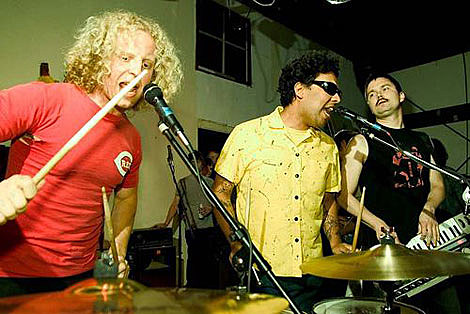 A few more shows of interest this weekend. Black Moth Super Rainbow make their second Seaport Music series appearance on Friday (their first was in 2007 opening for Fugiya & Miyagi), this time headlining. Their latest album, Eating Us, was produced by Dave Fridman (Flaming Lips, MGMT among other things) and is pretty good. Opening will be low fi electro goths Blank Dogs whose new album, Under and Under, on In the Red Records I like a lot. They are also a band that benefits from good sound, something the Seaport has brought to every show this year. (Here We Go Magic in particular sounded stellar.) Also playing is one-man experimental band Dan Friel. Between the three acts there's gonna be a lot of temperamental old synthesizers, patch bays and homemade equipment on the Seaport stage -- let's hope it doesn't rain. I should also mention that Seaport Music has a "digital mixtape" you can download via Insound that features 15 of the acts playing this year, including all three of this week's acts (plus Superchunk, Casiokids and more). Download link is at the top of this post.

And don't forget Sissy Wish has added another show while in NY -- she plays Union Hall on Saturday night. She's better than her name.

Tour dates and video after the jump...

Personal & the Pizzas - I Don't Wanna Be No Personal Pizza 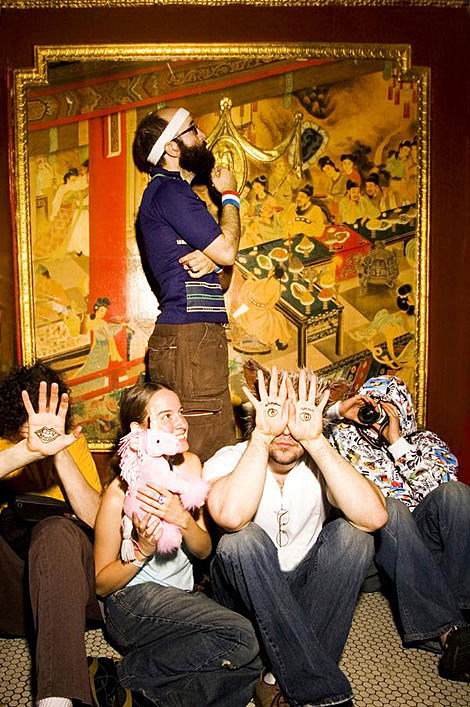