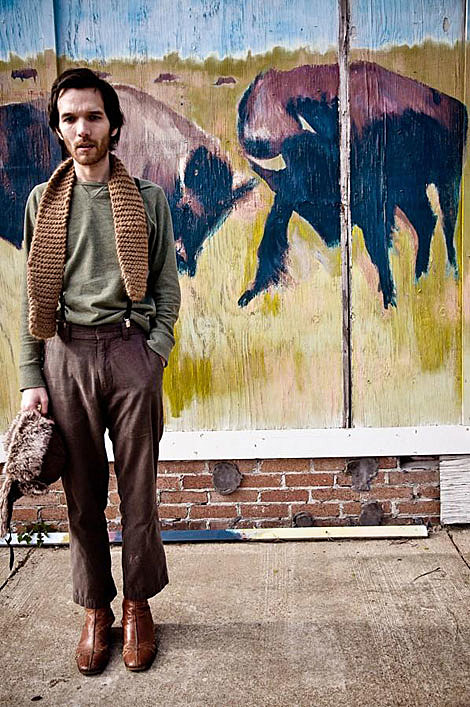 Ferraby Lionheart, the singer with the impossibly imaginary name, whose sweet and earnest voice captured music fans and critics alike, with songs about love, life, fairy tales and more, is re-emerging with promises of a new album. Lionheart released the critically acclaimed debut Catch The Brass Ring in September 2007. Eventually after many months touring and time spent scoring a film (starring Susan Sarandon and Anton Yelchin), Ferraby parted ways with Nettwerk Records, and left his home in LA on a journey through Scandinavia in search of inspiration for a new record, ending up in his childhood home of Nashville, TN. Ferraby has returned to the do it yourself methods that gave him his start, building a studio at home and self-engineering whatever sounds may come from the little red-brick house at the end of Sweetbriar Avenue.

For the month of February, Ferraby will take a break from recording and drive his (newly formed) band up to New York City, pile into a one bedroom Williamsburg apartment, and play Monday nights at Pianos in the Lower East Side. Lionheart and the band will be showcasing some songs from the forthcoming album, as well as old favorites." [PR]

That press releaes summed it up pretty well. Like Doug Gillard before him, Ferraby's four week residency is happening at Pianos. The first show is tonight, February 2nd. Somewhat hilariously, he goes on right after Lady Sovereign whose show was rescheduled to tonight from last week.

Ferraby also added a February 21st show at Music Hall of Williamsburg where he'll be opening for Noah and the Whale. Grab a new track above. All dates below...