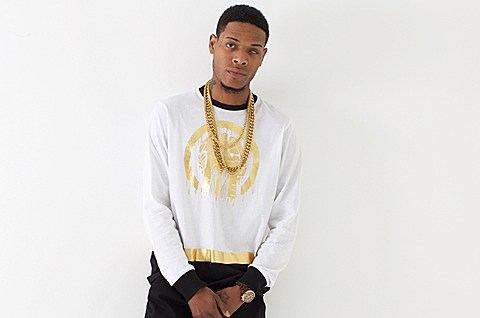 Even if you haven't heard of New Jersey rapper Fetty Wap, you've probably heard his single "Trap Queen." He's not setting out to be a one hit wonder though, and today dropped a new track with the impressive team of Baauer (who probably wants to escape the one hit wonder thing himself) and Dubbel Dutch called "Promises." The track comes as a result of the Yours Truly/Adidas Songs From Scratch series, which has been responsible for collaborations between Nosaj Thing and Chance The Rapper, Shlohmo and Jeremih and many more. Check out that track below.

Fetty Wap's next show will be this week's House Party at Webster Hall (4/2), which is the weekly party's first anniversary. (He played the party in January too.) He'll be joined by Funk Flex, plus Just Blaze and the other House party regulars. Tickets are on sale.

Fetty Wap also just released a vlog centered on his performance with Kanye West at the Roc City Classic back in February. While built around the show, there's a lot of narration from Fetty about his current status and the rapper seems genuinely humble about his rise. Check it out below.

In related news, Dubbel Dutch is playing a big show at Output on Thursday (4/2) with Mike Simonetti, Peaking Lights Acid Test, and Huerco S. It's free before midnight with RSVP, or you can also buy tickets.